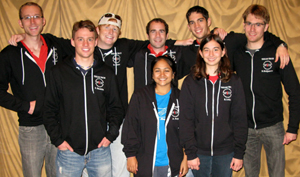 The Knight Raiders B Team finished fourth behind the University of Texas at Dallas, the 2008 state champions. Team members include Zach Haskin, Ananya Roy, Rebecca Lelko and Josh Osbourn.

Paul Truong, director of marketing for the Susan Polgar Institute for Chess Excellence, said the program has reached its goal of being nationally competitive three years ahead of the five-year target set by Polgar upon her hiring in 2007.

"In just two short years and with only one full recruiting year under our belt, members of the Knight Raiders chess team have now captured one national championship and two state championships," he said. "We could not have achieved this kind of success in such a short time, and could not do this without the wonderful support from Texas Tech and our generous anonymous donor."