Recent graduate Arathi Sethumadhavan's research could help air traffic control designers know how much is too much automation. 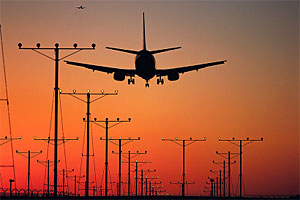 Sethumadhavan's research showed that controllers tend to become overly reliant on automation, making it harder for the operator to regain control when a failure occurs.

With the nation’s air traffic expected to double by 2025, controllers will probably have to depend more and more on automation. But too much automation could lead to fatal mistakes when that automation fails, a former Texas Tech University psychology student discovered.

The Joint Planning and Development Office, consisting of organizations such as NASA, the Federal Aviation Administration and the Department of Defense, is developing initiatives to help controllers handle increased air traffic that include more automation, said Arathi Sethumadhavan, who recently earned a doctorate from the Department of Psychology.

How Much is Too Much

To help answer the question, Sethumadhavan trained 72 subjects to use a simple air traffic control simulator with four levels of automation. She found that controllers with more automation built into their systems were less able to detect collisions in their airspace when the systems failed than those who had less automation.

Her work, titled Effects of Automation Types on Air Traffic Controller Situation Awareness, was published in the 2009 Proceedings of the Human Factors and Ergonomics Society. She will present her findings during the society’s annual meeting Oct. 19-23.

Her research was funded by the American Psychological Foundation and the Council of Graduate Departments of Psychology. 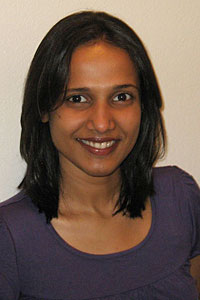 Arathi Sethumadhavan recently earned a doctorate from the Department of Psychology at Texas Tech University.

When the simulation froze at random times, the controllers were asked to recreate aircraft location, altitude, heading, destination and call sign from memory to determine their situation awareness. The first group with only the color-coded altitudes to assist them was able to recreate their screens far better than the other three groups who had more automated programming.

“Automation technology has clear benefits when it functions correctly. But no system is 100 percent reliable. The trick to designing future air traffic automation systems will depend on coming up with the right level and types of automation. Psychology can help make these systems more user-friendly and more interactive to protect against over-reliance.”

Pat DeLucia, professor of psychology, sat on Sethumadhavan’s dissertation committee. She said it holds important information for designers who will implement plans for the next generation of air traffic control operations.

“We know that automation can lead to less ability to recover after a system failure,” DeLucia said. “But Arathi’s dissertation goes deeper and looks into situational awareness with varying degrees of automation. Overall, her work could have the potential to influence the next generation of air transportation systems.”

Sethumadhavan recently was selected as the recipient of the George E. Briggs Dissertation Award from Division 21 of the American Psychological Association for superior dissertation work in the field of applied experimental/engineering psychology. She will receive the award and present her dissertation work at the 2010 APA convention in San Diego.