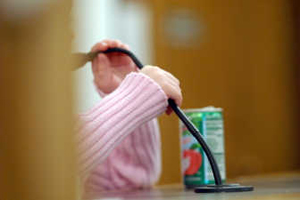 Kulkofsky has found that children who are more likely to elaborate on events they’ve witnessed are more resistant to suggestion.

An interview technique that relies on open-ended questions to jog memory may improve the accuracy of testimony given by child witnesses, a Texas Tech University researcher has found.

Sarah Kulkofsky, an assistant professor in Texas Tech’s Department of Human Development and Family Studies, presented preliminary findings at the biennial conference of the Cognitive Development Society in San Antonio.

Kulkofsky found that children with limited language skills, who are believed to be most susceptible to leading or suggestive questions, were more resistant to misdirection after researchers used a series of open-ended queries that encouraged them to elaborate on events.

“Leading or suggestive questions can negatively impact the accuracy of a child’s statement,” Kulkofsky said. “Research has shown that such questions are still frequently used in forensic interviews. Thus, it is important to identify factors or techniques that may reduce children’s susceptibility to such questions.”

The procedure involves using seven questions to help prompt nonresponsive children into recounting an event. The questions, used once a child has said he or she can’t recall anything else about what happened, touch on aspects of the event such as where it took place and who was involved.

Kulkofsky has found through previous research that children who are more likely to elaborate on events they’ve witnessed are the more resistant to suggestion.

Her team interviewed a racially and economically diverse sample of children a week after they participated in a staged event. A number of the interviewers’ questions were intended to guide the children’s responses or even goad them into misleading statements.