Homecoming 2009: Your Passport to the World

Texas Tech celebrates Homecoming Oct. 5-10 with a week of events and activities. 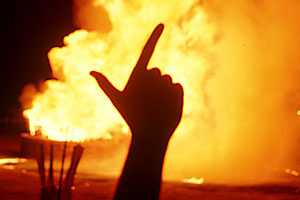 The largest homecoming bonfire was held in 1950, for the 25th Anniversary of Texas Tech University.

Texas Tech University will celebrate Homecoming Oct. 5-10 with a weeklong series of activities.

The theme for Homecoming 2009 is Tech: Your Passport to the World.

Visitors to Texas Tech’s campus will be greeted by spirit displays at the university’s Broadway Avenue entrance during Homecoming week. Banner displays also will be set up in the Student Union Building.