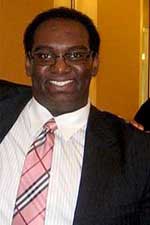 Brian Horton is a senior political science and French major from San Angelo.

Brian Horton, a senior political science and French major from San Angelo, and Adam Testerman, a junior mass communications major from Springfield, Mo., have won 23 debates and have lost four, which is the best record in the nation.

As a whole, the Texas Tech parliamentary debate team was the top squad at the Wyoming tournament.

“This is one of the finest tournaments we have had in the four years I have been the coach of this team,” said Joe Gantt, director of forensics. “Brian and Adam proved that they are among the best teams in the nation, and our entire squad proved that there is a lot of depth to our program. There is a lot to be proud of both in the present successes and for what lies ahead in the future.”

At Top of the Rockies, the pair compiled wins over Northern Arizona University, Rice University and the Colorado College before defeating a team from the University of Colorado-Boulder in the final round. Testerman was named top individual speaker at the tournament, while Horton came in third.

The pair already had shown themselves to be among the top teams in the nation by finishing second this September at a tournament at William Jewell College.

The Texas Tech team last won the Wyoming tournament in 2007 and went on to win the national championship the following March.

The university’s varsity teams backed up Horton and Testerman’s victory with impressive showings of their own, as teams of Nicole Brown, a senior political science major from San Angelo, and Paul Williamson, a senior mass communications major from Crosby; as well as the sophomore team of Lauran Schaefer, a sophomore communication studies major from Sonora, and Cameron Harris, a sophomore political science major from Houston; advanced to elimination rounds of the tournament and were among the top 10 teams in the varsity division. 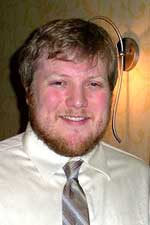 While Texas Tech was the dominant squad at the varsity level, they also were the top team at the junior varsity level.

Alexandria Newsom, a sophomore English major from Forsan, and J.T. Seymore, a freshman communication studies major from Holliday, won the junior varsity division of parliamentary debate as well. Newsom and Seymore defeated teams from the U. S. Air Force Academy, Rice University and Utah State University before defeating a team from Louisiana Tech University in the final round.

This was the first-ever collegiate debate tournament for the duo. Also, it was the second straight tournament that Texas Tech junior varsity debaters had made it to finals, following the second-place performance of Matt Pippen, a freshman mechanical engineering major from Monahans, and Sean Riegert, a sophomore political science major from Houston, at the William Jewell College tournament.