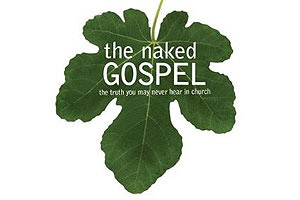 Farley said that because of the mixed messages he had learned in church, he spent much of his own young life in a fruitless pursuit of God’s acceptance with a set of rules that seemed to doom him to failure.

A Texas Tech University linguistics expert said that modern Christians may find a better relationship with Jesus by stripping away buzzwords and churchy jargon added through time and rinsing away Old Testament messages, such as tithing and the Ten Commandments, which appear in modern Christian sermons.

"The book is a basic invitation to jettison religion and grab onto the original message," said Andrew Farley, an associate professor of applied linguistics and author of the new book "The Naked Gospel: The Truth You May Never Hear in Church." "As a linguist, I looked at 'Christianese' jargon, and I examined that jargon in light of what the epistles actually say. I’ve noticed modern-day Christians actually latch on to jargon that makes them think 'I must work for God,' but find they can never do enough to please God."

His pursuit in understanding the language of the New Testament is what led him to write the new book, published by Harper Collins' Zondervan and already the company's No. 1 in sales on last week's early Amazon release. Farley, also a nondenominational pastor, used his research in an honors seminar at Texas Tech titled 'Early Church and Contemporary Christianity in Conflict.'

Farley said that because of the mixed messages he had learned in church, he spent much of his own young life in a fruitless pursuit of God’s acceptance with a set of rules that seemed to doom him to failure.

"I think a lot of people have become disillusioned with their church, and they’re looking for something that works Monday to Saturday and not just an hour a week on Sunday," he said. "A lot of the modern-day jargon that is tossed around in religious circles clouds much of what I believe is the early church message. Through studying the language of the New Testament, ‘The Naked Gospel’ is an undressing of religion to find an early church message, what I call Jesus-plus-nothing."

Farley admits his ideas have caused controversy with some, especially when they hear him say that Christians don’t need the Ten Commandments law, that asking forgiveness for sins is not necessary and insulting to Jesus, and that tithing 10 percent of your income to a church is a Jewish tradition no longer required.

"Christians do not need the Ten Commandments as a moral guide, and in fact, Christians need to get over their fixation with what is actually about 600 Old Testament regulations," Farley said. "Loving your God and loving your neighbor as Jesus asked us to do covers all that. You’re not going to murder someone or cheat on your spouse if you love your neighbor. And if you love God, you’re going to live an upright life.

"When it comes to forgiveness, Christians are already forgiven, as Jesus said on the cross: 'It is finished.' And as the epistle to the Hebrews so clearly argues, it was a 'once for all.' The idea is that if Christians realize they’re clean once and for all before God, their identity as pure, forgiven people will result in good behavior. Clean thinking leads to clean living – plain and simple."

As to the 10 percent tithe, Farley explained that Old Testament law required religious leaders to own no possessions or homes. He argued that today’s religious leaders own homes and cars, and that today’s Christian message about giving is to give freely without any pressure of any kind, and with an open heart – not a set amount.

"Being free from the Old Testament law means we are also free from the tithe," he said. "But if today’s religious leaders are teaching the 10 percent rule, they’re teaching Old Testament Judaism, but they’re not living by it themselves. There’s an inconsistency there. The true New Testament message is give from the heart as much as you want. A lot of people when they first hear that say to me, 'You’re going to destroy America’s churches.' I would rather teach truth and let the doors shut than teach error and keep them open."

For more information on the book “The Naked Gospel: The Truth You May Never Hear in Church,” visit: www.TheNakedGospel.com.