Home of one of Texas' most successful black ranchers to be displayed for the public. 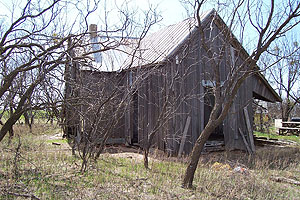 The 80 John Wallace house was built more than 100 years ago and will be dedicated by the NRHC July 25.

Visitors to the The National Ranching Heritage Center (NRHC) will now be reminded of the contributions of Daniel Webster “80 John” Wallace to the history of ranching with the newest addition to Proctor Park – the 80 John Wallace House.

The cross-shaped, 576-square-foot structure is the former home of Wallace, one of Texas’ most successful black ranchers. The 80 John Wallace House was transferred to the NRHC in spring of 2009. 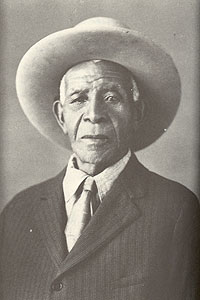 Daniel Webster "80 John" Wallace was one of the most well-known black ranchers in Texas.

Wallace was born to slave parents in Victoria County in 1860. When he was a young boy, he ran away from home and joined a cattle drive. Wallace drove cattle for C.C. Slaughter, Isaac Ellwood, John Nunn, Clay Mann and several other big operation owners.

Wallace received his well-known nickname during his time on the Mann ranch, where he branded cattle and horses with a large “80” on one side. His dream of becoming a rancher was realized with the help of Mann, who allowed him to purchase his own herd and provided free pasture.

Two years after Mann’s death, Wallace started ranching for himself. He moved his cattle to 1,280 acres southeast of Loraine in Mitchell County. Wallace died in 1939, leaving behind an estate valued at more than $1 million.

Funds to relocate and restore the 80 John Wallace house were granted to the Ranching Heritage Association by the CH Foundation of Lubbock.