The Board of Regents set tuition and fees for Texas Tech for the fall 2009 and spring 2010 semesters. 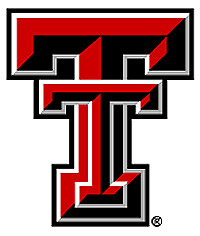 The Board of Regents today (June 29) set tuition and fees for Texas Tech for the fall 2009 and spring 2010 semesters.

In order to continue to maintain and elevate the quality of its undergraduate and graduate programs as well as to obtain the university’s goals of growing enrollment and research funding, regents approved an increase in tuition and fees. The total increase of both tuition and fees, based on a student taking 15 credit hours, is $351. Of that, $283 is tuition which goes to the university’s academic mission and only $68 in fee increases.

The university did not increase tuition, fees or housing rates during the 2008-2009 year.

Despite this increase in tuition and fees, Texas Tech remains one of the best values for a higher education. Since 2003, before the implementation of tuition deregulation, Texas Tech has had the lowest percentage of increase in total academic costs of any of the major research universities in the state. In fact, only the University of Houston at Victoria has a lower percentage increase of tuition and fees.

A portion of the additional revenue will be used for salary increases to retain high quality faculty and staff and to implement additional support programs for students.

In 2007, the Red Raider Guarantee was implemented. It guarantees free tuition and mandatory fees to first-time freshman students whose family’s adjusted gross income does not exceed $40,000 annually. About 1,800 students have qualified for the program.

The university also created the Graduate on Time program in 2004 to aid students in graduating in four years, thus reducing the overall cost of their degrees.

Texas Tech is committed to good stewardship of the money it receives both from students and their families and from the state. To that end, a new budget process is being implemented that focuses on accountability, productivity and efficiencies.