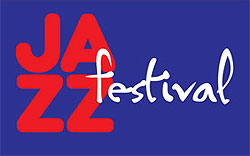 The School of Music will present the Summer Jazz Festival Concert with guest artist Clay Jenkins on trumpet, Reggie Thomas on piano, organ and vocals, and Alan Shinn directing.

The free event begins at 7:30 p.m. June 23 in the Allen Theatre of the Student Union Building.

“I feel that Clay is Lubbock's most important and successful jazz musician,” Shinn said. “I think both he and Reggie are some of the best people in jazz and good friends.”

Clay Jenkins' career as a jazz artist has covered a wide range of musical experiences and responsibilities, bringing him to the forefront of the jazz performing and teaching arenas. Since joining the faculty in 2000 of the University of Rochester’s Eastman School of music, Jenkins has maintained a busy performing, recording, and teaching schedule.He has remained active throughout the United States and abroad. Jenkins continues to perform and record with the Clayton/Hamilton Jazz Orchestra. He attended the University of North Texas, where he earned his bachelor's degree in music theory and studied trumpet with John Haynie. He received his master's degree in jazz studies from the University of Southern California, studying trumpet with Boyde Hood, and currently studies with Uan Rasey.

Reggie Thomas holds a Bachelor of Arts in Music Education from Western Illinois University and a master’s from Southern Illinois University at Edwardsville. At SIUE he teaches jazz education, jazz history, jazz theory, and improvisation. In addition, he directs combos, and the SIUE Vocal Jazz Ensemble. Thomas has been on the summer faculty of the Birch Creek Music Center in Egg Harbor, Wis., the University of Missouri at Kansas City, and has taught other jazz camps in Illinois and Texas. Thomas has performed with several nationally known artists including Karrin Allyson, Bobby Broom, Eddie Daniels, Al Grey, Slide Hamptom, Clark Terry, Quartet Tres Bien and Steve Turre.

The Summer Jazz Festival Concert will be held June 23 in the Allen Theatre. The concert begins at 7:30 p.m. and is free and open to the public.