From Heifers to HFIR: Nuclear Energy Research Safe in the Hands of Alumnus

Former Red Raider Kelly Beierschmitt always dreamed of leaving the farm he grew up on to become a scientist. Now he's the director of Nuclear Operations at one of the nation's most prestigious nuclear research facilities.

Texas Tech University’s Edward E. Whitacre Jr. College of Engineering is an internationally recognized research institution ranked among the best in the country. The college has educated engineers to meet the technological needs of Texas, the nation and the world since 1925. 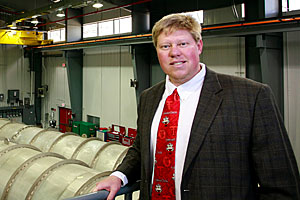 Growing up on a ranch in the middle of nowhere, Kelly Beierschmitt would sit on the tractor and stare at the sky in Claude, Texas.

An avid Trekkie, he watched the Enterprise crew explore the final frontier on television, and followed along with Apollo crews as they did the real exploring in space, while he dreamed of the day he’d end up a scientist and leave the tractor behind for good.

Kelly’s fascination with science fact and science fiction steered him on a career path to and from Texas Tech and back again, ultimately landing him in the midst of some of the world’s most important research in nuclear energy.

“We essentially do missions that cut across all forms of science for the U.S. government,” he said. “We do everything from working with DNA and helping solve the human genome, to fundamental science, like understanding astrophysics and what happens within exploding stars; all the way to more applied sciences like high-temperature superconductivity. So we cut across many disciplines, and that’s really one of the strengths of the large multidiscipline labs.”

In short, Kelly is the universal translator, the liaison between the different research groups and the funding sponsors in Washington. He manages everyone from technicians to craft and maintenance people who keep the instruments running, and of course the scientists who use those facilities.

But his focus is in the nuclear missions, one of which is isotope production. “We produce 75 percent of the world’s Californium, an isotope that’s used for everything from nuclear medicine to well logging in energy exploration; it helps green the environment when used in detector technology that helps separate clean coal from dirty coal.

“We’re also working with Sloan-Kettering doing clinical trials with a miracle isotope of sorts; it’s an alpha-emitter they’re injecting into patients. It’s essentially being used in radiation treatment for cancer. We’re very excited, and so far the results have been very promising. I’ve heard the scientists call this ‘miraculous.’”

All Roads Led to Texas Tech

Even though Kelly’s bachelor’s degree is in engineering mathematics from West Texas A&M, and his Ph.D. in industrial engineering is from Texas Tech, he spent more time as a Red Raider than it may appear.

He attended Texas Tech for nearly three years as a chemical engineering student until the oil industry collapsed. He ended up taking a full-time job and finishing his undergraduate degree in Canyon, but his earliest college days were at Texas Tech.

“I lived in Hulen-Clement Residence Hall, but I had a part time job working in Wall-Gates, a female dorm, serving food in the morning. It was good! And for an extra Rice Krispy treat, I could always get a date!” Kelly said.

One of Kelly’s fondest memories, true of many Texas Tech fans and alumni, was attending the Carol of Lights.

“There was one magical Christmas when my friends and I were out there and the band and the orchestra were reaching their crescendo and all of a sudden the lights came on, and the biggest snowflakes you’d ever seen in your life – on perfect cue – started falling out of the sky. That was a magical time.” 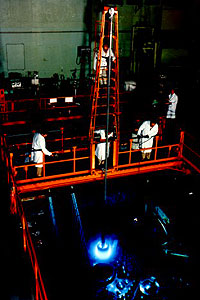 Kelly says Texas Tech prepared him to understand how to do research and how to learn.

“I had a professor tell me once that I wasn’t big enough to be a Division 1 football player, and I wasn’t smart enough to be an engineer, and so I’d better make a decision about which one I wanted to do. Of course I decided to stay with the engineering and forego the football. And in the end, that was a hard message, but it challenged me. It got me off the dime, and today I get to apply it and challenge other young students coming up.

“Dr. James Gregory from Civil Engineering, taught me everything I needed to know about mathematics. He started by giving us graph paper and said, ‘If you don’t understand data, plot it. And somewhere along the way you’ll begin to understand the fundamental physics behind what’s created that data.’ So, Dr. Gregory was one who gave me a breakthrough in thinking that served me well throughout the years. Today, I still use that logic and thinking when I help others solve technical problems.”

Kelly began his career at Pantex as a weapons engineer. Following a decade at Pantex, he moved to the Pacific Northwest National Laboratory where he provided support to DOE’s Chernobyl evaluation. Kelly served in two leadership roles there before joining Oak Ridge in January of 2000 as director of the Environment, Safety, Health and Quality Directorate.

Emphasizing the Oak Ridge Lab research mission, Kelly reiterates they’re not in the weapons business, but in the energy business.

“If you look at the energy portfolio of the U.S. for electrical power generation, nuclear makes up about 8 percent of our current power that’s generated here. The renewables, such as biofuels, wind and solar make up about 7 percent; the rest is carbon-based fuel.”

In a world concerned about global warming, and expecting the U.S. to be at 20 percent power generation by alternative fuels by 2030, Kelly said nuclear energy has to be a part of that solution, along with the other renewables.

“We can’t manage the carbon without ratcheting up production capabilities in those other areas. The one big question is what do you do with the spent fuel? If we can get to the point where we can reprocess that fuel and harvest the remaining energy in that fuel, we end up with something that you can actually dispose of and it goes away in a few generations.”

Kelly says closing the fuel cycle has to be a national priority.

“I know that France and Japan generate nearly 80 percent of their electrical power through nuclear energy, and they’re currently working to figure out how they can recycle that material in ways that keeps it out of our environment.  They are starting with technologies developed in the U.S.  We should get back in the game soon or this technology will be something else we have to import.”

The nuclear industry has made extraordinary progress in the last two-to-three decades in terms of safety and reliability, Kelly said. Environmentalists who used to be against nuclear power are seeing the threat of carbon buildup as a bigger threat than the nuclear material or spent fuel.

“The truth is that we’re actually one of the cleanest industries on the planet, but people don’t realize that,” Kelly said. “We can detect radiation in quantities that you can’t even see, you know, minute specks. It’s very easy to keep it clean, to keep it controlled. All we need to do is to turn that corner and figure out a way to close that fuel cycle.  We will then have a clean, reliable and almost limitless energy source that will not burden future generations.”