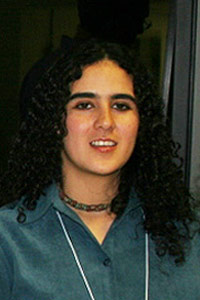 Nicté Ordóñez-Garza received the 2009 Wilks Award for her research involving mice in Mexico and Guatemala.

Graduate student Nicté Ordóñez-Garza received the 2009 Wilks Award from the Southwestern Association of Naturalists for her presentation examining complex evolutionary relationships between mice in Guatemala and southern Mexico.

Ordóñez-Garza’s research titled “Phenotypic and Genetic Concordance in Three Species of Central American Peromyscus mexicanus (Rodentia, Cricetidae)” focused on differences of body structure and mitochondrial DNA based on geographic location of the mice.

The research suggests that previous studies involving the mice and their evolutionary relationships was incorrect. Some of the mice used by Ordóñez-Garza are considered threatened or endangered giving her research significant importance.

The award was announced in April at the Universidad Autonoma de Nuevo Leon, in Monterrey, Mexico. The Southwestern Association of Naturalists is an international association founded to promote the field study of plants and animals in the southwestern United States, Mexico and Central America.