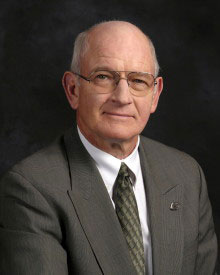 Texas Tech University announced May 5 that Jon C. Strauss will be the interim dean of the Edward E. Whitacre Jr. College of Engineering, effective June 15.

Strauss is president emeritus of Harvey Mudd College in Claremont, Calif. Now retired, he is a member of the Registry for College and University Presidents, a nonprofit organization which engages former university presidents interested in service in interim leadership roles.

Texas Tech Provost Bob Smith said finding an interim dean through the registry was a winning situation for the university.

“Academicians who are listed in the registry are seasoned veterans in higher education,” Smith said. “They are retired but still have the desire to serve in shorter-term leadership positions.

“With his tremendous background, I know Jon will give inspiration and guidance to the engineering and university communities, especially in cutting edge areas of research, with particular emphasis on sustainable energy.”

“Dr. Strauss will provide us the extraordinary opportunity to continue the momentum that we have built with Pam Eibeck,” Bailey said.

Smith said that the national search effort for a permanent dean will begin during the next academic year.

A member of the National Science Board, Strauss has published and spoken extensively, consulted for a wide variety of colleges, universities and corporations, and served on the boards of a number of corporations and professional and community organizations.

Pamela Eibeck, dean of the Whitacre College of Engineering since 2004, has accepted the position of president of the University of the Pacific in Stockton, Calif.

Whitacre College of Engineering to Collaborate on Defense Research