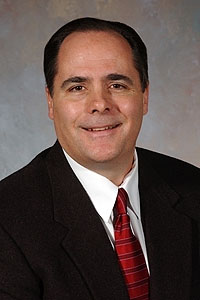 David Rudd is a professor and chair of the Department of Psychology in the College of Arts and Sciences. View his profile in our online Experts Guide.

The chairman of Texas Tech University’s Psychology Department will head a $1.97 million study for the U.S. Department of Defense (DoD) to test a possible treatment solution for suicidal veterans.

David Rudd, who has testified twice before Congress about the issues associated with the large number of veteran suicides, said the three-year study will look to see if a short-term psychological treatment plan can reduce suicide rates with those who report feeling suicidal.

He will work in conjunction with the University of Texas Health Sciences Center and the Warrior Resiliency Program at Brook Army Medical Center, both in San Antonio, and the University of Pennsylvania in Philadelphia.

“Suicide rates among veterans are as bad as they’ve ever been,” Rudd said. “In January, for the first time in history more soldiers died by suicide than in combat. The problem is fairly complex, but ultimately, we’ve been in a two-front war now for six years. There have been high rates of psychological problems associated with that, and when that occurs, suicide rates increase.”

Starting in September, Rudd said he and his team will begin a randomized clinical trial offering cognitive behavioral psychotherapy to suicidal soldiers at Fort Carson, Colo.

“The unique thing about the trial is that it’s a time-limited treatment program,” Rudd said. “This is something that is much more acceptable in a military environment. The military is not designed to give long-term psychiatric care. When soldiers develop long-term psychological problems, they have to be discharged. We’re not only looking to see if a three-month treatment program will make a difference to reduce suicide attempts, but also whether it will allow soldiers to improve enough to stay in the military.”

A March 23 story in the Air Force Times reported veteran suicide rates higher than the national average for 2008. The Air Force lost 38 airmen to suicide, the Army reported 140 confirmed or suspected suicides and the Navy and Marine Corps each reported 41 suicides.