Professor Examines the Science Behind Suicide in New Book 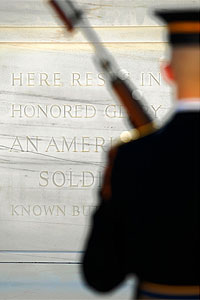 According to David Rudd’s research, the more a person is exposed to violence or death, the more that person loses anxiety about death.

The record number of soldier suicides in 2009 is most likely due to the redeployment of soldiers with psychiatric illnesses and a small army fighting a long war, according to David Rudd, Texas Tech University professor and chair for the Department of Psychology.

In the new book, “Interpersonal Theory of Suicide,” Rudd and his co-authors examine the different variables related to suicide and also how a mental health professional would go about treating suicidal patients. It presents new and effective clinical guidelines for crisis intervention and for therapeutic alliances in psychotherapy and suicide prevention.

Rudd’s research found the more a person is exposed to violence or death, the more that person loses anxiety about death. That specifically applies to soldiers living in a warzone because the interaction with death makes it more probable that these people will kill themselves when they get depressed or anxious.

“Fearfulness of death tends to be protective to someone who is at risk (for suicide),” Rudd said. “If someone is depressed and thinking about killing themselves, it’s a good thing to be anxious about dying. Being fearful of death can actually be protective.”

Rudd, who has testified twice before Congress on the issue of veteran suicide, said the numbers of soldiers with psychiatric illnesses could go down, but the nature of war really prevents that. Effective treatment immediately after the emergence of symptoms would help, but the treatment would be virtually negated once the patient goes back into combat. Historically, 25 to 30 percent of soldiers in any war are affected by psychiatric illnesses.

There is also a stigma on mental health issues in the military, Rudd said. Although the higher-ups in the military encourage treatment for mood or anxiety disorders, the soldiers who need it are denying treatment. Though the military has tried to combat this stigma, the traditional masculine image of soldiers results in psychiatric disorders being perceived as failure.

“There’s significant resistance at the lowest levels to get treatment for psychiatric disorders,” Rudd said. “It’s perceived as weakness, as sort of a personal failure or deficiency.”

Although soldiers do have some psychiatric help, it is not the protracted care they would need. Rudd said the kind of conditions soldiers have, like PTSD, take a long time to treat, but that is not an option in a warzone.

“They have to go right back out into combat where they’re going to experience the same pressures which exacerbates the illness,” Rudd said.

David Rudd is a professor and chair of the Department of Psychology in the College of Arts and Sciences. He also is adjunct professor of psychiatry and behavioral sciences in the Texas Tech Health Sciences Center.

"The Interpersonal Theory of Suicide: Guidance for Working With Suicidal Clients." Find the book at Amazon.com.