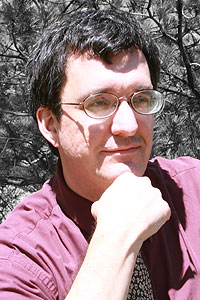 Bryan Camp is the Mahon Professor of Law at the Texas Tech University School of Law.

A Texas Tech University School of Law professor has been elected into the most prestigious professional organization in the legal profession, the American Law Institute (ALI).

“It is a testimony to the strength of our law faculty that with Professor Camp’s election we now have six members of this prestigious organization at Texas Tech Law,” Huffman said.

Camp lectures and writes on bankruptcy law, tax law, statutory interpretation, constitutional law and jurisprudence. He is the author of more than 23 published articles and treatise chapters, plus numerous shorter works. Since 2004 he has written 16 articles on tax administration law and policy for Tax Notes, the premier national publication devoted solely to tax issues.

ALI was founded in 1923 by a group of prominent American judges, lawyers and law teachers to address the uncertainty and complexity of early 20th-century American Law. Since that time ALI has devoted itself to improving the law and the administration of justice in a scholarly and scientific manner.