CIA Center for the Study of Intelligence to release previously classified studies of the Vietnam war during the conference. 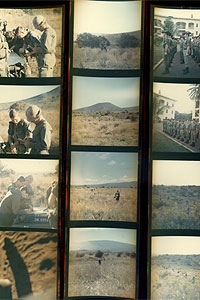 The Vietnam Center and Archive at Texas Tech University is one of the largest collections of Vietnam-era related documents in the world.

Texas Tech University’s Vietnam Center will host a conference on Laos, Cambodia, and Thailand and the Vietnam War March 13-14 at the Holiday Inn Park Plaza.

All conference presentations will take place in the Mahogany/Sycamore Room. Books will be for sale in the Mesquite Room.

“These remarkable materials will add substantially to our collective understanding of the Vietnam War,” Maxner said. “This collaborative release during a university conference is highly commendable as it reflects transparency in government and directly contributes to the open exchange of ideas that is at the foundation of any great university.”