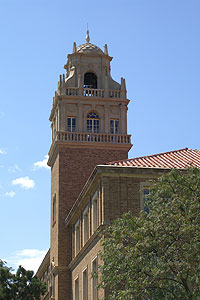 McLennan Community College (MCC) and Texas Tech University March 26, announced a partnership that will create new undergraduate and graduate degree options for Central Texas-area residents. The announcement was made at a news conference in the new Dennis F. Michaelis Academic Center on the MCC campus.

“I have sensed an air of excitement at MCC and in our community since the beginning of discussions with Texas Tech about the possibility of offering degrees on the MCC campus at the University Center,” said Dennis Michaelis, MCC president. “This formal announcement and signing of a Memorandum of Understanding are important milestones for the people of Central Texas as the degree offerings at the MCC University Center continue to expand. All of us look forward to an outstanding partnership with Texas Tech.”

Courses initially will be offered through distance education, but plans are in place to add Texas Tech faculty and staff to the center.

“By partnering with outstanding community colleges we can build on the already fine educational opportunities at MCC to allow individuals to finish a quality four-year or graduate degree without leaving the Waco area,” said Guy Bailey, Texas Tech president. “I look forward to our partnership with MCC becoming a model that we can replicate across Texas.”

The agreement will allow MCC students to seamlessly transfer course work to Texas Tech. Those who already have an undergraduate degree can enroll in graduate programs.