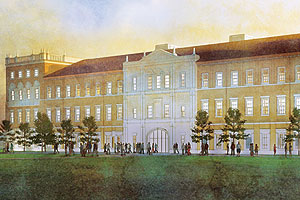 Two national publications have ranked programs in Texas Tech University’s Rawls College of Business as front-runners in their areas of education.

Programs are ranked on five factors:

The five rankings are totaled, with the lowest score getting the highest final rank.

Rawls College undergraduate programs were ranked 77th in the 2009 Business Week annual ratings of programs. This places the Rawls College’s Bachelor of Business Administration programs in the top 5th of all accredited business programs.

In 2007 the Rawls College was ranked 83. In 2008 too few seniors responded for ranking.
View the 2009 rankings on the BusinessWeek Web site.

Texas Tech’s undergraduate business programs were rated ahead of:

The ranking was very near: