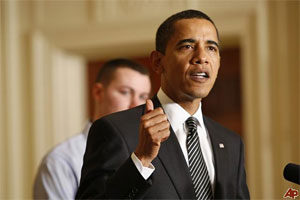 For a Republican-leaning state, more Texans seem to support President Barack Obama but hate the idea of his economic recovery plan, according to a Texas Tech University poll of voting-aged Texans.

Political science majors polled about 580 Texans aged 18 or older across the state from Feb. 16-March 8. The survey has been conducted each semester since the spring of 2003 by political science majors in the department’s undergraduate research methods course and is administered at the Earl Survey Research Laboratory by the Department of Political Science. Assistant professor Cindy Rugeley is instructor of the class.

“Basically, for a Democrat, Obama’s not doing too badly in Texas,” Rugeley said. “He’s got a 44.6 percent overall approval rating, compared to 39 percent who disapprove. Most all of the Democrats like him, and many of the independents approve of him – so far. For a very Republican state, Texans seem to be giving him a chance.”

“I’ll tell you Texans don’t like this stimulus package – not one bit,” Rugeley said. “It’s not popular at all. Texas is a state where historically citizens have not trusted big government and don’t support government involvement in the economy. This survey reflects that mistrust.”

On other issues, Texans:

The poll has a margin of error of +/- 4.07 percent, meaning that 95 percent of the time, results would fall within +/- 4.07 points from what would be obtained by interviewing all adult Texans.