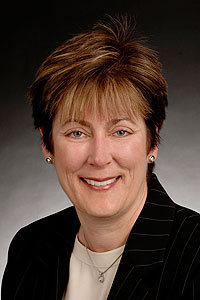 Texas Tech University School of Law professors are steadily gaining recognition as some of the best legal writers in Texas by consistently winning the state’s top legal writing award.

Professor Alison Myhra’s article on the tort liability of pharmacists who fail to counsel patients on the potential risks of prescribed medications, published in the University of Texas “Review of Litigation,” has been selected as the Texas Bar Foundation’s Outstanding Law Review Article for 2008. The award is presented annually to designate the most important and best-written legal article published in Texas.

“This award, for the most outstanding legal scholarship published in Texas during 2008, is the most prestigious legal scholarship award given in our state and is a significant personal tribute to Professor Myhra,” said Walt Huffman, dean of the Texas Tech School of Law.

“This is the third time in the last five years that a Texas Tech University School of Law professor has won this most important award,” Huffman said, “and we thank Alison – as we did Professors Brian Shannon and Larry Spain in prior years – for bringing this distinction to our law school.”

In addition to recognizing Myhra’s efforts, the Texas Bar Foundation will donate $1,000 to the University of Texas law school’s scholarship fund in recognition that the article was published in the university’s “Review of Litigation.”