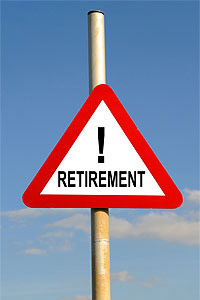 According to Katz, the housing crisis, failing Social Security System and economic conditions have left many Baby Boomers without the retirement nest they planned on.

The current economic recession has crimped the retirement dreams of America’s aging Baby Boomers, who are watching sagging housing prices and a skittish stock market rub the gilding off their looming golden years.

Deena Katz, an associate professor of personal financial planning at Texas Tech University, testified during a fact-finding hearing of the U.S. Senate Special Committee on Aging to provide input on actions the government can take to help mend the parachute for the U.S.’ largest generation.

The committee took up a passel of issues during the hearing, including housing prices, pension plans, healthcare and whether Boomers will work past retirement.

“Committee members were trying to figure out what things they should attack first in helping Boomers have a successful retirement,” Katz said. “I kind of tied everything up in a bow and generalized what everyone else is saying: ‘We have some significant problems with Boomers today. We need to take them seriously and help them help themselves.’”

The economic meltdown has created a perfect financial storm for a generation prone to spending rather than saving, wiping out home equity and retirement plans that many Boomers were counting on as they crept up on retirement age.

Katz, herself a Baby Boomer, lays the scenario out like this:

In generations past, retirees typically had enough equity in their homes by the time they reached retirement that they could downsize and wind up with a nice chunk of money to use for expenses.

Not so with Boomers, Katz said – the housing crisis has wiped that out, leaving many homeowners underwater, or paying more on their mortgage than their home is actually worth.

Add to that a Social Security System that she said needs salvaging and economic conditions that have forced many companies to pull their 401k matches, and many Boomers have seen the floor drop out of what, until recently, may have looked like a comfy retirement nest.

“The economy has pretty much turned 401ks into 201ks,” Katz said. “They have lost about half of their assets, and there isn’t a significant amount of time for many people contemplating retirement to make that up.”

Retired and Working for a Living

This means that many Boomers are likely to continue working, which isn’t necessarily a bad thing, in Katz’s opinion.

“These people have years of education and knowledge we can’t replace,” she said. “Right now, if all the Boomers retired, we wouldn’t have enough workers in place to replace us anyway.”

However, Katz cautions that legislators may need to adjust existing policies to make it easier for Boomers to remain in the workforce. For instance, they may need to ease restrictions that keep working retirees from accessing benefits or adjust healthcare plans so that small companies aren’t penalized for taking on older workers.

“We Boomers are going to keep working, and we need to make sure the government doesn’t step in our way of doing it,” she said.

Katz notes that Boomers have dug much of the hole they’re in through their own consumption habits. Too many of them have been happy to forego savings deposits in favor of the next new gadget, she said.

In many cases, this consumption left their accounts too lean to cover recent fiscal woes.

Complicating matters even further, many Baby Boomers decided to have children late, meaning they are paying college bills while trying to sock money away, and many are footing medical expenses for their graying parents.

“We started out with not enough money to begin with and then we had an economic hit. That’s something we’ve done to ourselves. What has happened to us in the last two years has just added to that situation.”

Katz suggests improving financial literacy education as a way to avoid such situations in the future, teaching fiscal responsibility to young adults and even children beginning as early as grade school.

“The problem doesn’t begin when we reach retirement. We don’t teach our children anything about money, ever,” she said. “There are two important things in life – having a family and being able to pay for it – and we don’t provide any formal education on how to do that second part unless that’s an interest.”

Texas Tech was one of the first schools in the nation to offer financial planning education and its innovative Red to Black credit counseling service has served as a model for programs on other college campuses.

The Division of Personal Financial Planning also is tapping a national sample of financial planning practitioners to help develop a new curriculum better tailored to providing knowledge and skills that industry employers expect in entry-level employees.

“The initiatives that Texas Tech is undertaking around financial planning and fiscal responsibility are extraordinary,” she said. “But there is more to do.”

Katz said she would eventually like to see Texas Tech’s core curriculum expanded to include financial literacy courses. This would not only help Red Raiders avoid financial pitfalls, but would send a strong message to other educational institutions.

“We need to spend more time and attention at grade schools, at high school, at the college level, teaching people how to be more fiscally responsible and manage their own personal lives.”

Deena Katz is an associate professor of personal financial planning in the the College of Human Sciences.

The Division of Personal Financial Planning educates students on the need to focus financial knowledge on families and the achievement of their goals.

The Schwab Technology Complex is part of a $1 million grant to the Personal Financial Planning Division.

The complex contains the largest collection of professional software in any collegiate financial planning program in the United States. Read More.

For contact information and hours of operation, visit the Red to Black Web site.