Robert Smith from the University of Arkansas named provost and senior vice president. 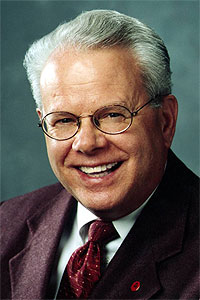 Robert Smith serves as provost and vice chancellor for academic affairs emeritus at the University of Arkansas and is a professor of chemistry. High Resolution Image.

Smith’s appointment will be effective Feb. 1. He comes to Texas Tech from the University of Arkansas where he is provost and vice chancellor for academic affairs emeritus and professor of chemistry.

“Dr. Smith is a superb administrator and educator,” Bailey said. “The position of provost is vital to Texas Tech’s future success. I know that Bob will provide the leadership the university needs as it moves forward with and improves upon its already stellar teaching, research and service endeavors.”

The provost is the chief academic officer of the university overseeing all educational components and activities, including research and academic personnel. Smith’s selection comes after a three-month nationwide search.

“I feel deeply honored to have been chosen to serve Texas Tech University as senior vice president and provost,” said Smith. “Texas Tech has great potential to meet Chancellor Kent Hance's and President Bailey’s goals for future development, especially in the areas of enrollment and research productivity to better serve Texas, our nation and global communities. I am excited by the prospect of joining President Bailey’s team. In so doing, I pledge my best efforts to assist the Texas Tech community in meeting the teaching, research, and outreach mission and goals of this great public research university.”