Jin Hi Kim to perform her cross-cultural compositions during lecture and recital. 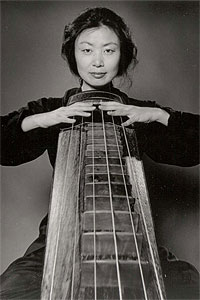 In celebration of the Korean Lunar New Year, Texas Tech University is hosting Korean komungo virtuoso and composer Jin Hi Kim. Kim’s lecture and recital is at 6 p.m. Jan. 26 in the auditorium of the International Culture Center, 601 Indiana Ave.

The komungo is a fretted, six-stringed zither which originated in the courts of fourth-century Korea.

Kim has been bringing the music of her native Korea to western audiences for many years. She has presented lectures at more than 100 universities throughout the United States, including serving as the Freeman Artist-In-Residence at Cornell University during the fall of 2004, giving a series of lectures titled, “Korean Music in a Global Context.”

The Korean New Year is based on the lunar calendar. It occurs on the second new moon after the winter solstice. Students also will participate in this event, performing both traditional Korean music as well as selections of contemporary classical music.

The event is presented with support from the School of Music, the Office of International Affairs, the Vernacular Music Center and The CH Foundation.