The President and CEO of the largest publicly traded commercial health benefits company ranks number four on Forbes' list of '100 Most Powerful Women.' 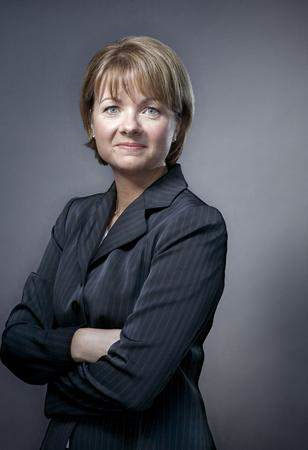 In a world where there is a ranking for just about everything, Texas Tech University alumna Angela Braly, president and CEO of WellPoint, Inc., the nation’s largest health insurance company, is at the top of her game:

Not too bad for a Dallas native who spent her time at Texas Tech studying finance and sunning herself on Stangel Beach. “I have the sun damage here on my face to show for it,” she laughs, pointing at her cheek.

As president and CEO of WellPoint, Braly oversees a company of more than 42,000 associates and is the only woman to lead a Fortune 35 company. WellPoint provides health benefits for nearly 35 million Americans through its affiliated Blue Cross and/or Blue Shield health plans in 14 states.

For Braly, the rankings are nice, but she quickly gives all the credit to WellPoint.

“This is recognition of the importance of WellPoint and health care in general,” she said. “It’s an honor and a privilege to be part of this company. I’m enjoying every minute of it.”

Braly became president and CEO in June 2007, after serving as executive vice president, general counsel and chief public affairs officer for WellPoint. She sees herself not just as a company executive but as an advocate for health care reform in the U.S.

“At WellPoint we understand that health care is very personal,” she said. “Every day each of our associates works to create the best health care value for the more than 35 million Americans who trust us with their health and well-being. We take that responsibility very seriously.”

Braly graduated from Texas Tech in 1982 with a degree in finance. She was named a Distinguished Alumni of the university in 2007. She says she knew Texas Tech would offer her a good education.

“I remember that the professors were incredibly supportive and encouraging,” Braly said. “I also learned to have confidence in my work from Texas Tech. The support of a strong education and excellent faculty gives you the confidence to accomplish great things as you start your career.”

While the rankings indicate Braly is indeed accomplishing great things, she’ll just laugh when you ask her about the publicity.

“It is an honor, but I can assure you that my family keeps me humble,” she said.

WellPoint is the largest publicly traded commercial health benefits company in the United States and an independent licensee of the Blue Cross and Blue Shield Association. WellPoint’s mission is to improve the lives of the people it serves and the health of its communities.

Watch An Interview with Angela Braly.