Professor Ron Milam will serve as a member of the board of directors of the David Westphall Veterans Foundation. 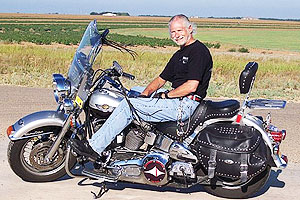 Ron Milam is an associate professor of history and a Vietnam veteran who is involved with the Vietnam Center and Archive at Texas Tech. View his profile in our online Experts Guide.

Ron Milam, associate professor of history, has been appointed to serve as a member of the board of directors of the David Westphall Veterans Foundation. Milam, a Vietnam veteran who is involved with the Vietnam Center and Archive at Texas Tech, was appointed to the board in October. The David Westphall Veterans Foundation is the founding organization responsible for the creation of the Vietnam Veterans National Memorial located near Angel Fire, N.M. Milam was asked to serve on the board of directors for the memorial after serving as the keynote speaker at the Memorial Day services held at the memorial. “I was very honored,” Milam said. “I spend a lot of time there, and I have another life there so to speak, so Angel Fire means a lot to us because of the memorial.” Milam and his wife have been visiting Angel Fire for more than 25 years. He said they always noticed the sign about the Vietnam Veterans Memorial, but up until about 10 years ago they had not taken the time to visit it. He said that after seeing the memorial, he fell in love with it, and he and his wife spoke with the founder and ended up purchasing a home in Angel Fire. Milam said he hopes to develop a relationship between the Texas Tech Vietnam Center and the memorial. The memorial offers an extensive set of archives, but he said the foundation does not have the ability to preserve the artifacts. Texas Tech can offer the memorial a place to preserve those artifacts, while the memorial can provide the university access to its wealth of knowledge. “Getting a job at Texas Tech was a wonderful thing,” Milam said. “I am very fortunate to be hired by Texas Tech, and it is a real honor to help create a relationship between the memorial and the university.” Steve Maxner, director of The Vietnam Center at Texas Tech, said the memorial is visited by tens of thousands of visitors each year. “Through his work on the board, Ron will have an impact on the lives of countless veterans and their families as they visit this very special memorial,” Maxner said. The memorial is the first Vietnam Veterans memorial built in the United States and was formally dedicated in 1971. Milam also serves on the Vietnam Center Advisory Board and has donated his personal collection of Vietnam War memorabilia to the Vietnam Archive. He is interim director for the Center and Archive for War and Diplomacy in the Post-Vietnam War Era.

Founded in 1989, the Texas Tech Vietnam Center and Archive is one of the largest collections of Vietnam-era related documents in the world. Only the Pentagon has more material on the Vietnam War.