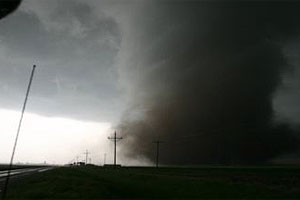 Wes Burgett, operations manager, along with West Texas Mesonet team members Brian Hirth and Ross Williamson, and faculty director John Schroeder, comprise the team. The award was presented to an individual or a group to recognize unique events or extraordinary accomplishments which significantly contribute to operational meteorology. Burgett attended the conference and accepted the award.

The West Texas Mesonet continues to expand and set milestone records. Station number 54 was recently added in San Angelo in partnership with

The importance of the network to people of the region was demonstrated during the recent flood event when the West Texas Mesonet Web site received more than 250,000 hits from more than 5,000 unique visitors.

The West Texas Mesonet is an independent project collaborating with the Atmospheric Science Group and the Wind Science and Engineering Research Center at Texas Tech.