Susan Saab Fortney will be honored as one of 30 “Extraordinary Women in Texas Law” on Nov. 14. 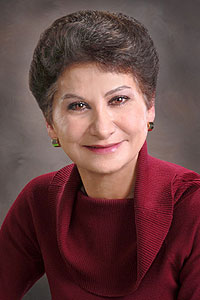 Susan Saab Fortney, Horn Professor of Law, is no stranger to awards. She has received numerous honors and distinctions during her tenure at Texas Tech.

A Texas Tech University School of Law professor has been selected as one of 30 “Extraordinary Women in Texas Law” by Texas Lawyer magazine. Susan Saab Fortney, Horn Professor of Law, will be honored at a luncheon Nov. 14 in Dallas, as one of 30 female lawyers who have had the most impact on law and lawyering in the State of Texas over the last five years. “This significant honor not only signifies Susan’s personal excellence and reputation within the legal profession, but also is one more example of the exceptional strength of our faculty at the School of Law,” said Walt Huffman, dean of the law school. Fortney’s work focuses on legal ethics and malpractice.  She has developed a reputation as an expert on law firm governance and ethics. Fortney conducts empirical studies on the legal profession and co-authored the first textbook on legal malpractice law. She also established the nation’s first law school clinic devoted to mediating disputes that arise in health care settings. In 2005, Fortney received the Texas Tech President’s Academic Achievement Award for excellence in teaching, service and research. In 2006, she was the recipient of the Chancellor’s Distinguished Teachers Award, the highest teaching award in the university. In 2007, she received the law school’s Distinguished Researcher Award and was elected as a member of the American Law Institute.