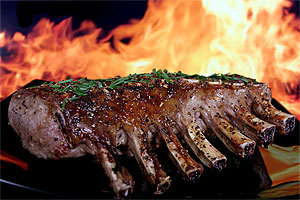 Meat judging at Texas Tech dates back to 1938 when the school implemented a Meat Judging Program in the Department of Animal Science. Find out More.

“The team won its third contest in a dominating fashion,” said Mark Miller, professor of meat science and muscle biology. “I am proud of the excellence the team members and coaches are displaying at each contest.”

The win at the American Royal follows an Oct. 4 victory at the Eastern National Meat Judging Contest in Pennsylvania, and a win at the Houston Livestock Show and Rodeo in March. The team will compete in one more contest before the international competition Nov. 16 in Dakota City, Neb.

Markus Miller is a professor of Meat Science and Muscle Biology in the Department of Animal & Food Sciences in the College of Agricultural Sciences and Natural Resources. He also is the San Antonio Livestock Show Distinguished Chair in Meat Science.