And the Beat Goes On

Marching with the Goin' Band from Raiderland: a Texas Tech tradition.

The drums beat as 900 feet pound the ground inside Jones AT&T stadium. “Fight Raiders Fight,” “The Star Spangled Banner” and the “Matador Song” echo through the stadium enticing fans and alumni to join in singing, and it’s been that way since the university’s inception.

From the minute it opened its doors for classes in 1925, Texas Tech had something that very few new universities did – a marching band.

Dressed in Spanish matador uniforms, the original 21-member band performed at the first football game in October 1925 – Texas Tech vs. McMurry. Since then, the Goin’ Band from Raiderland has become synonymous with spirit and tradition at Texas Tech.

In fact, the university owes its statue of Will Rogers in part to the marching band, since Rogers helped pay for the band’s trip to Fort Worth, so the rival team could see a “real West Texas Band and hear some real West Texas music.”

Throughout the years Texas Tech’s marching band has increased in size and fame. The Goin’ Band is one of the largest spirit raisers on campus. The 450-member organization, which includes musicians, drum majors, twirlers and a flag corps, performs at all home and some away football games, parades and special university events. After home games, enthusiastic fans can join band members for their traditional march out of Jones Stadium.

“The Goin’ Band from Raiderland is among the most visible and distinctive organizations at Texas Tech University,” said Bill Ballenger, director of the School of Music. “The members of the Goin’ Band come from the School of Music and nearly every other college and field of study on campus. When these fine student musicians perform each week they represent to fans, alumni and the rest of the country, the very best of this great institution.”

The Goin’ Band has earned much praise throughout the years, including receiving the nation’s highest honor for collegiate marching bands in 1999 – the Sudler Trophy – for demonstrating excellence.

The band has gone through many changes in looks, from the first hand-made matador uniforms to military and West Point styles to the gaucho style adopted in the ‘80s. In 2008, the band received new uniforms, combining the best of the old along with a few new twists.

“The new uniform is our basic, traditional jacket design incorporating the scroll which has been a part of the Goin’ Band uniform since 1983 when the university returned to the Matador look,” said Christopher Anderson, director of the band. “The breastplate creates several additional looks which can be utilized at exhibition and high school performances where students expect a more modern style. This allows us to create a cutting-edge look while celebrating the history and heritage of the Matador style which has become synonymous with the band.”

Since the university’s inception to today, the Goin’ Band from Raiderland is still goin’ strong. And although Texas Tech might win or lose a few football games, it’s not unusual to hear a sports fan say, “We’ve never lost a halftime show.”

The Goin' Band From Raiderland is the 450-member marching band of Texas Tech University and is under the direction of Christopher Anderson. The Goin' Band is part of the School of Music in the College of Visual and Performing Arts. 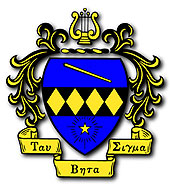 For the first 10 years the marching band was open only to men. In 1935, it joined with a separate band for women – one of only two in Texas.

Doris Kochanek, the first national president of Tau Beta Sigma, who attended Texas Tech in the early 1940s, said that women became more common in band because the Second World War took away so many men from colleges and universities. In fact, during World War II, the band was 80 percent female.

"We didn't have very many young men at that time," Kochanek said. “so girls were allowed to march in the band for the football games. I don’t think anyone liked the idea, but there really wasn’t much choice.”