Unplugged and Wireless at the Texas Tech Library 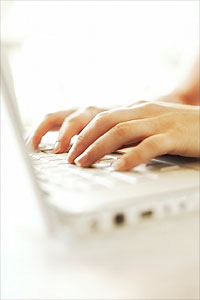 During the summer, the Texas Tech University Library completed a $150,000 project to increase wireless Internet access throughout the building.

The project increased the building’s nine wireless access points to 100 – providing more than 10 times the capacity for wireless Internet access.

The increased technology allows patrons to research the library’s scholarly journals and databases, curl up with a good e-book, unplug between classes or plan late-night study groups anywhere in the building. Plus, the library is open until 2 a.m. Sunday through Thursday, and is open 24 hours during finals, making it the only building on campus with wireless access that is open late.

Justin Daniel, director of staff operations for Library Technology and Management Services, says the increased demand for wireless access is evident as you walk through the library.

“Recent sales statistics from major computer manufacturers have shown for the first time that laptop sales have exceeded desktop computer purchases,” he said. “We expanded the library’s wireless capacity in anticipation of this increased number of mobile-computer users.”

Library-wide wireless access is the first of many technological advances that will be announced throughout the academic year as part of an ongoing awareness campaign: “Forget what you think you know. Rediscover the Library.”