David Rudd will testify before the Subcommittee on Health regarding the Department of Veterans Affairs suicide prevention hotline. 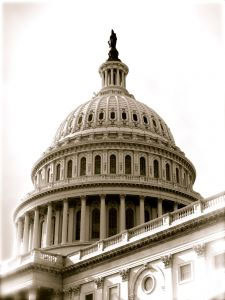 David Rudd has served as a consultant to the U.S. Air Force, Army, the Department of Defense and the Beijing Suicide Prevention and Research Center.

David Rudd, chairman of the Department of Psychology at Texas Tech University, will testify to the House Committee on Veterans’ Affairs during a hearing titled “Oversight Hearing on the Department of Veterans Affairs Suicide Prevention Hotline.”

The meeting will start at 11 a.m. Tuesday (Sept. 16) in room 340 of the Cannon House Office Building in Washington, D.C. The hearing comes after an April 21 news report on the CBS Evening News called “VA Hid Suicide Risk, Internal Emails Show.”

The committee will seek to examine the prevalence of veterans’ suicides and the Department of Veterans Affairs’ actions concerning those suicides. Rudd, a former Army psychologist, will testify to his findings on suicide in general as well as his experience and research into suicide among veterans and active members of the military.

“I’ve commented quite a bit on military suicides in terms of the wars in Iraq and Afghanistan,” Rudd said. “There were some pretty significant increases, with suicides doubling and army suicide attempt rates increasing five-fold since the start of the Iraq War.”

David Rudd is professor and Chair of the Department of Psychology in the College of Arts and Sciences.