Foreign policy expert Loch K. Johnson will be giving a lecture and meeting with students and faculty during his 4 day visit. 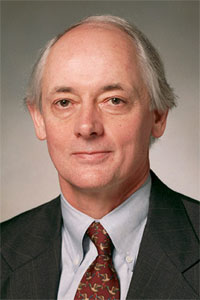 Loch K. Johnson is a Regents Professor of Political Science at the University of Georgia and a chief authority on foreign policy.

Author and American foreign policy authority Loch K. Johnson will be the Phi Beta Kappa Society visiting professor at Texas Tech University from Sept. 28 – Oct 1 Johnson, Regents Professor of Political Science at the University of Georgia, will give a public lecture titled “Changing the World through Secret Intervention: The Use and Misuse of Covert Action as an Instrument of American Secret Foreign Policy,” on Sept. 29. In addition to his lecture, Johnson will visit with students and faculty, meet with classes and interact with local Phi Beta Kappa members during his time at Texas Tech. “Dr. Johnson has an international reputation as a top researcher in his field,” Mary Jane Hurst, president of Texas Tech’s Phi Beta Kappa chapter, said. “He is also well-regarded as a teacher, and his work in the field of international relations and political science make him an ideal visitor during the last weeks before the presidential election.” Johnson was a visiting professor at Yale and a visiting fellow at Oxford before coming to Texas Tech. His other accomplishments include the Owens Award for research and the Josiah Meigs Prize for outstanding teaching. He is editor of the international journal, “Intelligence and National Security,” and the author of more than 150 articles and books. Johnson’s primary research and teaching interests include intelligence and security studies, American foreign policy, and executive relations in the United States.

Phi Beta Kappa, the nation’s oldest academic honor society, was established in 1776 at the College of William and Mary. Its mission is to champion education in the liberal arts and sciences, to recognize academic excellence, and to foster freedom of thought and expression.