Interim Dean Named for College of Arts and Sciences 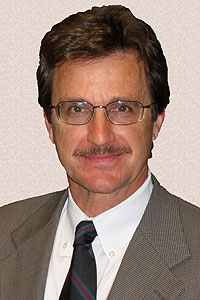 Lawrence Schovanec has served as chairperson of the Department of Mathematics and Statistics since 1999.

Lawrence Schovanec has been named interim dean of the College of Arts and Sciences effective immediately.

The announcement came Sept. 12 from Jane Winer, interim provost and former Arts & Sciences dean. Schovanec, who is chairperson of the Department of Mathematics and Statistics, will fill-in for Winer as dean while she serves as interim provost.

“Dr. Schovanec is an excellent department chair of a large and complex department,” said Winer. “His experience will serve him well as interim dean. He is well respected by those throughout the college. He received numerous nominations for interim dean from a wide range of disciplines.”

Schovanec joined the faculty in 1982 and has served as department chair since 1999.

“It’s a privilege to serve Texas Tech University and work with my colleagues in this capacity,” said Schovanec.

Schovanec earned his doctorate in mathematics from Indiana University, his master’s degree from Texas A&M University and his bachelor’s of science degree from Phillips University. He has received the President’s Excellence in Teaching Award and is a member of the Texas Tech Teaching Academy. He has published widely in academic journals and has spoken at numerous professional conferences.  His research interests are in the fields of biomechanical and physiological control systems and solid mechanics. He has received more than $1.5 million in external funding for his research.