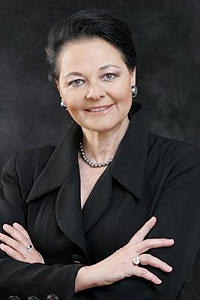 Vickie Sutton established the Law and Science Certificate Program at the School of Law and directs the JD/MS Program in Environmental Toxicology, Biotechnology and Plant and Soil Sciences.

When the Biological Weapons Convention met in August in Geneva, Switzerland, Texas Tech had its own representative at the table.

Professor Vickie Sutton returned to Lubbock recently after advising members of the United Nations at the Meeting of Experts for the Biological Weapons Convention (BWC) in Geneva, Switzerland.

“I was invited to share my knowledge in biosafety and biosecurity law and ethics,” said Sutton. “I discussed two areas of legal research in those fields.”

Sutton, who heads Texas Tech’s Center for Biodefense, Law and Public Policy, presented the results of regional and national surveys conducted by the center at the convention. The center acts as a source of information to the United Nations and the U.S. Congress by offering its findings as groundwork for legislation.

The most recent surveys explore the effectiveness of the regulatory framework for biosafety and biosecurity in the U.S. and the operation of law and ethics in international health.

“The results of a regional survey, which was conducted last year, have been considered by the U.S. Senate in construction of new legislation which was introduced this summer,” she said.

Vickie Sutton is a professor at the School of Law and director of the Center for Biodefense, Law and Public Policy, the only center at a law school in the U.S. to focus solely on issues of law and biodefense, biosecurity and bioterrorism.

Sutton holds a Ph.D. in Environmental Sciences from the University of Texas Dallas, a J.D. from American University in Washington, D.C. and a Master of Public Administration degree from Old Dominion University.

She is available to discuss her attendance and participation at the BWC.