Be Healthy, Wealthy and Wise Week 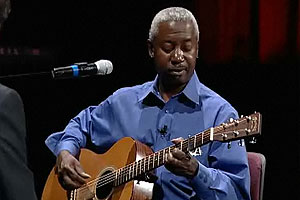 Lubbock singer-songwriter D.G. Flewellyn is just one of the many talents featured on StoryTellers & MusicMakers hosted by Kenny Maines.
Special programs focused on music, entertainment, finances and even your brain will air during the pledge drive Sept. 7-14 on KTXT-TV, Channel 5, a leader in promoting diverse talent in music, dance, art, education, travel, family and health. The week marks the premiere of the second season of “StoryTellers and MusicMakers,” co-produced by Doug Nelson from KTXT-TV and Tom Stalcup, program coordinator of South Plains College’s Video Production Technology Program. “West Texas is possibly the most influential yet overlooked music mecca in the world – but hopefully that’s all about to change,” said Nelson, KTXT-TV producer. “StoryTellers & MusicMakers,” an entertainment talk show hosted by Kenny Maines features the historical tales of musicians, songwriters and disc jockeys who worked in or whose careers were shaped by West Texas. The show’s first season just won the highest honor bestowed at the 28th Annual Telly Awards. This Season on StoryTellers & MusicMakers:More for music lovers:Viewers craving wellness programming can select: Viewers focused on finance could watch: For fans of the regular PBS lineup during this special week “Washington Week,” “Now on PBS,” “Nova: Saved by the Sun” and “Antiques Roadshow,” will air at their regular times. Bill Moyers and Charlie Rose have moved to different nights. Please check the Program Guide for a complete schedule.

KTXT-TV, Channel 5 (Cox Cable 4), is a noncommercial educational television station licensed by the FCC to the University’s Board of Regents. It is operated by the Educational Television Department in the Office of the Provost.

KTXT-TV is a member of the Public Broadcasting Service (PBS).

Find the programming schedule in the KTXT-TV Program Guide, online at www.ktxt.org. For more information call (806) 742-2209.