Dean of the College of Arts and Sciences Jane Winer, will serve as interim while a national search is conducted. 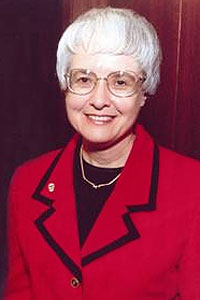 Jane Winer has served as dean and associate dean of research for the College of Arts and Sciences. She also is a professor of psychology.

President Guy Bailey named Jane L. Winer to serve as interim provost on Aug. 29. Winer currently is the dean of the College of Arts and Sciences.

“Jane Winer has served with distinction as dean of the College of Arts and Sciences since 1991,” Bailey said. “Jane is well respected by the faculty and has a solid record of administrative excellence at Texas Tech.”

The provost is the chief academic officer of the university and is responsible for all educational components and activities, including research and academic personnel.

“I am honored to serve as interim provost for President Bailey as Texas Tech is a special place for me,” Winer said.

Winer, whose appointment is effective Sept. 1, will serve as interim provost while a nationwide search is conducted to fill the position. Bailey said he hopes to complete the search by the end of the year.

“The role of provost is the hardest job in any university,” Bailey said. “We deeply appreciate Bill Marcy's excellent service to Texas Tech University.”

Winer joined the psychology faculty in 1975 where she directed grant-supported training programs and the Counseling Psychology Doctoral Training Program, which is accredited by the American Psychological Association. Her primary research and teaching contributions were in vocational psychology and related areas, in which she has approximately 50 publications and 50 papers.