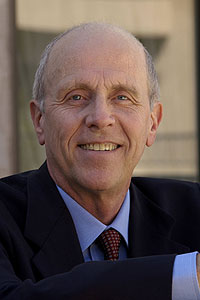 The Texas Tech University System is making changes that will help researchers introduce their new discoveries to the marketplace.

“This is the first step in our plan to create a world-class technology commercialization function for researchers at Texas Tech. David is a huge asset to this process and we are happy to have him leading this initiative,” said Chancellor Hance.

The main function of the new office is to take a researcher’s ideas, concepts and/or inventions to the marketplace. Miller and his team will continue developing startup companies, assembling an infrastructure to provide "proof-of-concept" funding and building relationships with external funding partners.

“Our researchers are some of the best in the world at what they do and we want to be able to offer them the opportunity to take their work to a more public forum,” said Miller. “At the same time the process benefits Texas Tech by creating a future revenue stream from products created from its research efforts that become commercially viable. That money can then be used to support continued research and to provide scholarships.”

Once an idea or invention qualifies for commercialization, a financial investment is made by the university to fine tune the concept and determine its viability in the marketplace. Miller’s office works with partners to support continued efforts toward a startup business.

“Building relationships internally and externally in order to get inventors and external partners together for the betterment of the invention is a huge part of what we do,” said Miller. “We want inventors to understand the process of selection and be involved in the progression of the project. One of the keys to our success will be to remain clear and concise as we facilitate this process.”

Some well known commercial inventions to come out of a university setting include Gatorade (University of Florida), Google Inc. (Stanford) and Taxol (Florida State University), which the National Cancer Institute has described as the most important cancer drug in 15 years.