A new interdisciplinary institute designed to improve human and animal health is a collaboration between Texas Tech University and the Health Sciences Center. 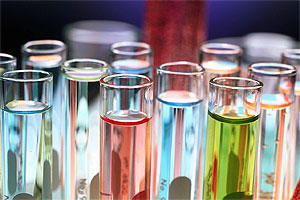 The first efforts of the ICEM scientists will focus on infectious diseases such as hantavirus, avian influenza and the emergence of antibiotic-resistant bacteria on biofilms.

“This is a major new effort that will bring new world-class, funded researchers to both universities,” said John McGlone, director of the new institute and professor of animal science. “The institute also will create new opportunities for collaboration among our current faculty. This represents a major investment in the future of both institutions.”

Each campus has committed to hire three scientists who presently have external funding for their research. Texas Tech is providing space for the new institute in the Experimental Sciences Building, a facility designed for collaborative research projects.

“One of the goals of the institute is to increase research funding and productivity at Texas Tech and the Health Sciences Center,” said Douglas Stocco, executive vice president for research at the Health Sciences Center. “It will also give us centralized laboratory facilities that should improve the collaboration already going on across the campuses and encourage new joint projects.”

The first efforts of the ICEM scientists will focus on infectious diseases such as hantavirus, avian influenza and the emergence of antibiotic-resistant bacteria on biofilms. Biofilms are colonies of bacteria that, when in the body, cause diseases such as cystic fibrosis. The institute and its research agenda is in line with the joint initiative adopted last year by the American Medical Association and American Veterinary Medical Association, called One Health, which has the objective of improvement in both human and animal health.

Institute officials hope these projects will draw more funding from federal granting agencies such as the National Institutes of Health.

“Infectious diseases present some of the most urgent challenges facing human and animal health,” said Dean Smith, vice president for research at Texas Tech. “The institute has support and participation from more than a dozen departments and units across both campuses who are already working in this area.”

The institute is the latest effort to fulfill a Board of Regents initiative to create more collaborative research across the Texas Tech University System.

“I applaud the interaction between the two campuses that this new institute creates,” said Chancellor Kent Hance. “We have exceptional faculty doing outstanding research at both Texas Tech and the Health Sciences Center. I look for this to be a brand new center of excellence for our universities that will create much new funding and many successful partnerships.”

Other areas of interest that are on the institute’s future agenda are cardiovascular health, diabetes, obesity, oncology and addiction – areas where both campuses already have strong research efforts.