John Lanes's manuscripts, journals, personal memorabilia and other available for researchers in 2009. 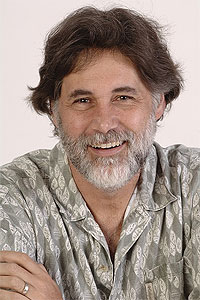 The Southwest Collection/Special Collections Library (SWC/SCL) has acquired the literary papers of Southern author John Lane. The archive, part of the James Sowell Family Collection in Literature, Community and the Natural World, will include manuscripts, journals, book drafts, personal memorabilia, photographs and hundreds of letters from leading contemporary literary figures such as former U.S. poet laureate Donald Hall and fellow Sowell Collection writers Barry Lopez and Rick Bass. It should be cataloged and available to researchers in 2009. “John Lane’s papers provide rich connections to the literature of the American South,” said SWC/SCL deputy director William Tydeman. “His books transcend any narrow definitions of regionalism, and these materials help affirm the importance of the Sowell Collection in the scholarship of writing specific to place.” Lane currently teaches creative writing and environmental literature at Wofford College in Spartanburg, S.C. He is one of the founders of a publishing company, an artist residency and the Spartanburg Hub City Writers Project as well as a project to develop an environmental studies center from an historic textile mill office in Spartanburg County. Lane also was instrumental in founding The Southern Nature Project, a group of environmental writers with Southern roots and allegiances including Dorinda Dallmeyer, Janisse Ray, Christopher Camuto, Bill Belleville, Franklin Burroughs, Jan DeBlieu, Thomas Rain Crowe, Ann Fisher-Wirth and the late James Kilgo. Lane’s books include “Waist Deep in Black Water,” “The Woods Stretched for Miles,” and “Chattooga,” inspired by one of the only major freely flowing southern Appalachian rivers and the setting for James Dickey’s novel, “Deliverance,” which inspired the film of the same name. His writing also has been published in journals including Southern Review, Orion and American Whitewater. For the past three years, Lane has written an environmental column called “The Kudzu Telegraph” for the Spartanburg Journal. An avid kayaker and hiker, his most recent book, titled “Circling Home,” celebrates the area within a mile radius of the environmentally friendly house Lane and his wife recently built after returning to his hometown. He discovers that the area, traced with a saucer on a topographic map, contains an archaeological site dating back eight thousand years, the graves of British soldiers killed in the Revolutionary War, a sewage treatment facility and the ruins of cotton plantations that abut modern residential developments such as a country club. Story produced by the Office of Communications and Marketing, (806) 742-2136. Photos Courtesy John Lane.

The John Lane Collection is part of the James Sowell Family Collection in Literature, Community and the Natural World at the Southwest Collection/Special Collections Library.

The literary manuscript collection was established in 2001 by James Sowell, a Texas Tech alumnus and past chairman of the Board of Regents.

"Waist Deep in Black Water" is a collection of Lane's writings ranging in topics from family history to wilderness exploration.

"The Woods Stretched for Miles" is a collection of essays from nineteen writers about southern landscape and nature.

Other Books by John Lane