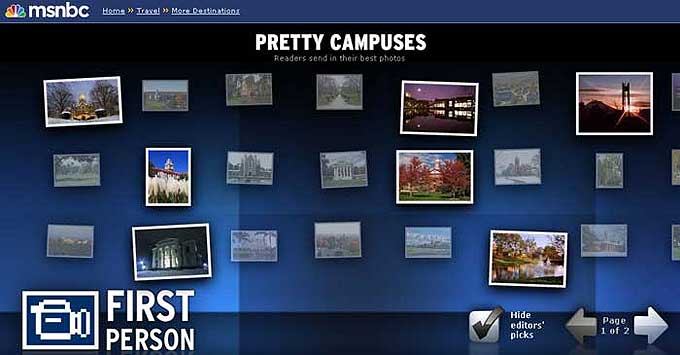 We know why James Michener described our campus as the "most beautiful west of the Mississippi until you get to Stanford." Now our secret is out thanks to our own O'Jay Barbee.

MSNBC editors chose a shot of one of our bell towers, beating out such beauties as University of Virginia, University of Alabama and Notre Dame. See more at MSNBC.

There are now six photos of Texas Tech University on MSNBC's Pretty Campus page, four of which are editor's picks here are two of the new picks: