'Comma' gives viewers pause to marvel at the beautiful stainless steel sculpture and hear the sound of the sun.

The spherical mirror is not only beautiful to look at, it encourages reflection on the irony of harmonic dissonance in today's music.

The newest addition to the University Public Art Collection is titled “Comma” by artist Po Shu Wang. The artwork is a seven-foot sphere mirror-finished in stainless steel, reflecting pedestrian movements as well as the beautiful surroundings of the courtyard between the Student Union Building and the Library. Wang’s sculpture encourages passersby to interact with and muse on natural phenomena. “Although not always audible, the natural world is full of vibrations that can be measured as sounds. In other words, the world ‘hums’ its own tune. This is true of the planets and stars, as well as the molecules and atoms of our DNA,” Wang said.

The Sound of the Sun

The sun, like Wang’s sculpture, is a spherical resonator. Acoustical waves bounce from one side of the sun to the other, causing its surface to oscillate and make a sound. His sphere contains two specially made bells, tuned at slightly different pitches. The first is tuned to 1782.6 Hz, which is the musical tonal center of the sun. The second is tuned at one Comma interval from the first. Rung separately, the tones sound identical. Rung together, they illustrate a fluke that has bothered musicians for centuries.

The Pythagorean Comma, a musical acoustical phenomenon, is a very small interval between two enharmonic notes. This minute difference in pitch has upset listeners’ natural instinctive sensibility for harmonics throughout history and across cultures. “All music tradition has been bothered by the Comma,” said Wang. “People from the Middle Ages to the Renaissance have called it kind of an evil philosophically because it upsets the otherwise natural harmony.” 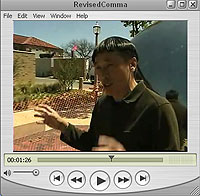 Named after the ancient mathematician and philosopher Pythagoras of ancient Greece, the Pythagorean Comma was eventually neutralized through Johann Sebastian Bach’s promotion of the Equal Temperament tuning system still in use today.

The Comma is just one of endless ‘inconvenient’ natural phenomena under the sun. Just as the inconvenient genetic instability that often leads to harmful mutation, but we also know that it makes evolution a reality. So what of the Comma? You are invited to ring the bells by giving a push on the two knobs coming out of the sphere, and join in the musing. - Po Shu Wang

Po Shu Wang grew up in Hong Kong. The artist received classical training in sculpture at the Academy of Fine Arts in Rome. Yet, today, the artist aims to blend art with science.

His public works can be found in numerous cities in the United States and abroad, including the Saatchi and Saatchi Museum of London, Oregon State University’s Kelley Engineering Center, Oakland’s Chabot Space and Science Center, the Bay Area Discovery Museum, the Anchorage Museum of History, and many others

The Comma is one of 84 pieces of public art displayed across the Texas Tech university campus. Texas Tech has been ranked one of the top 10 university public art collections in the country.