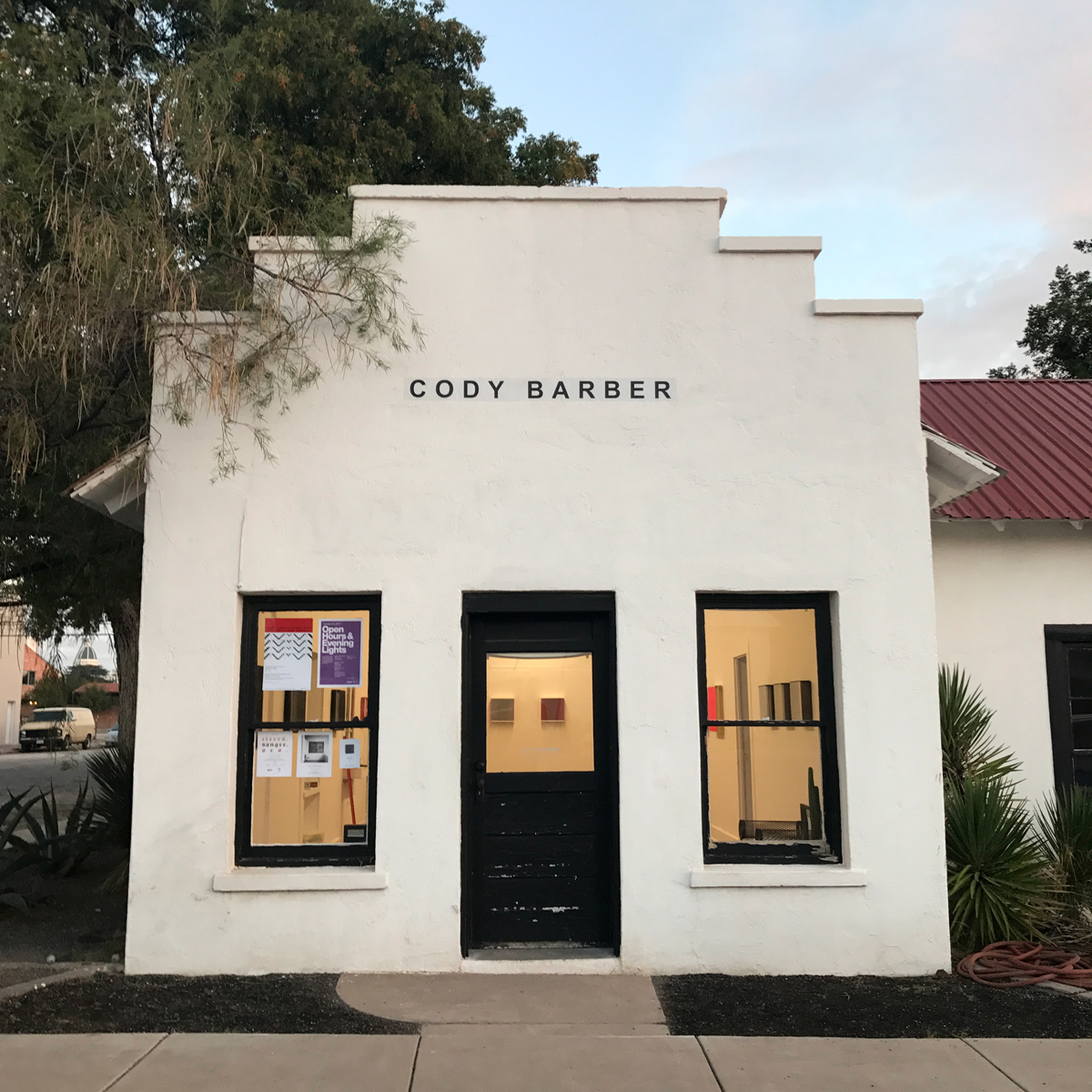 Cody Barber is the guest artist for the UrbanTech Design Center.

Cody Barber, a Texas Tech University alumnus who graduated in 2009 from the College of Media & Communication, is featured in May's First Friday Art Trail as the guest artist for Texas Tech's UrbanTech Design Center, which is part of the university's College of Architecture (CoA).

Barber, who was born and raised in Lubbock, has his own art studio in Marfa and describes his work as minimal and optical. Barber never considered art a big part of his future, however.

“I didn't realize I was becoming an artist, and I had never aspired to be an artist,” he said. “A real turning point was when I moved to Marfa in 2013 and established myself here as an artist. I was drawn to Marfa for the art, which was made famous by Donald Judd. I also was inspired by other artists such as Ruth Asawa, Robert Irwin, Charlotte Posenenske, Charles Eames and Bernice Alexandra ‘Ray' Kaiser Eames.”

David Driskill, director of UrbanTech and an associate professor in the CoA, met Barber by happenstance at a conference in Marfa and jumped at the chance to invite Barber to be UrbanTech's guest artist.

“UrbanTech is honored to host Cody in his Lubbock debut exhibition,” Driskill said. “His ties to Lubbock include the production of some of his metal pieces. It's exciting to see our own students launch from their Lubbock base and succeed.”

Barber is looking forward to returning to Lubbock to showcase his work, which he has simply titled, “Lubbock.”

“This is me coming home, and I'm really excited about the opportunity to invite friends and family from Lubbock, a lot of whom have never seen my work,” he said. “Some of the work I'm working on for the show incorporates what I think of as the Lubbock landscape and the flat line that Lubbock is. I think that flat line that you look out and see is definitely present in my work.”

Barber will be on site at UrbanTech, located at 1120 Main St., suite 206, from 6-9 p.m. Friday (May 4). Student clay art work directed by CoA Horn Professor James Watkins, a retrospective of UrbanTech work from the past seven years and a public engagement effort from Driskill's spring 2018 graduate class also will be featured.