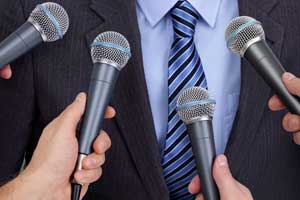 What does the public think of PR practitioners?

For years, public relations practitioners have struggled to find the exact, aptly descriptive definition for what it is they do.

What may be worse, however, is polling the public for its perception of public relations and receiving negative feedback. Two Texas Tech University professors are hoping that by sharing this information with the industry, the profession will continue its efforts to change that perception.

Coy Callison, associate dean for graduate studies in the College of Media & Communications, and Trent Seltzer, chairman of the college's public relations department, along with former doctoral student Patrick Merle, now an assistant professor at Florida State, recently published a study analyzing the public's opinions of public relations practitioners. The manuscript has been accepted for publication in Public Relations Review.

The study showed that, for the most part, opinions of public relations practitioners were generally positive in terms of intellectual and personality traits. But when it came to ethics, the news was not so good.

“(Respondents) think of us as ‘smart' and ‘friendly;' mostly positive traits,” Seltzer said. “But when you couple that with ‘liar,' a very stereotypical view of public relations practitioners begins to take shape. A ‘dumb' liar would be great. It's easy to identify those. But when you're smart and friendly, then you're seen as smooth or slick and that just feeds into the stereotypical view of practitioners.” 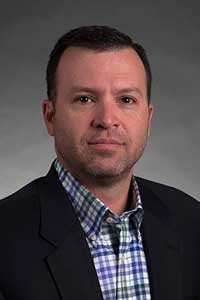 ‘Liar,' ‘spin doctor' and ‘dishonest' were just a few of the phrases respondents mentioned when considering the ethical conduct of those in public relations.

“I was pleasantly surprised with how overwhelmingly positive the intellectual traits were,” Callison said. “You think back to the portrayal in the media of public relations people … and they're not seen as a bastion of intelligence. Here, the data on the intellectual side shows that we're bright and very smart, so I was pleased to see that.”

Compared to 2003, when Callison conducted the survey the first time by telephone, the view of practitioners as being ethically corrupt has increased slightly while the view of their intelligence and personality has decreased slightly.

“It's not something where two out of three is good enough,” Callison added. “To perform public relations well and represent yourself and your organization, you want to be seen as bright, accommodating and ethical. But you picture a person as being intelligent and accommodating and then also prone to unethical behavior, and then you begin to paint a portrait of PR being a much more nefarious endeavor.”

This is somewhat expected, though, as the industry has long grappled with how to accurately define itself. Seltzer said a common definition of public relations is “a strategic communication process which builds mutually beneficial relationships between an organization and the public.”

Seltzer says he frequently has to correct common misperceptions about the public relations major when speaking to potential students. He said many students enter the public relations program thinking it is basically just media relations and event planning, when it is actually so much more.

“As someone running a program, it's in the top of my mind a lot of the time,” Seltzer said. “It's a challenge for people trying to educate others in public relations and challenging for those who work in public relations. Ethics is talked about almost every day in every class. 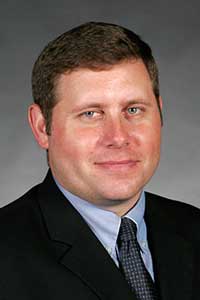 “Most of those who work in public relations do practice ethically. The unfortunate part is that's not what makes for good headlines. The rare missteps are what gets plastered all over the newspaper and talked about on TV; the thousands and thousands of people in the industry and doing it in an ethical fashion rarely garner as much attention.”

Both Seltzer and Callison agreed that public perception is driven heavily by what makes the news. It could be something as simple as an ill-advised tweet that is sent on social media, or something as big as the Deepwater Horizon explosion in 2010 that was, technically, an engineering disaster but an event that was often labeled by the media as a PR nightmare for British Petroleum. (BP).

More recently, the negativity surrounding police actions in Ferguson, Missouri and the backlash from the community has put police departments in general into a defensive mode and increased the distrust by some in those departments, who now face negative public perception.

“It's unfortunate and in many ways unfair because the vast majority of people working in the profession do a good job and practice it the right way,” Seltzer said. “It's just the average person in the general public is not aware of the good side or the positive side. Most are familiar with the negative and the few bad apples.”

So, what do professors like Seltzer and Callison, who train future public relations practitioners, do to begin changing the perception of the industry?

“Just reinforce what we're doing and keep stressing to students the right way to engage in public relations,” Seltzer said. “The more of them that leave here trained properly to not only conduct public relations efforts effectively but also ethically, the better the odds are of the public recognizing all the good that comes from public relations activities.”