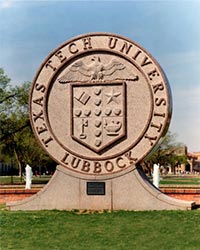 Following the announcement last week of the Task Force on Greek Organization Culture, Texas Tech University officials have completed the appointment of the task force's members.

Members of the task force include:

“The task force has been charged with making recommendations that are consistent with the university's efforts to build on our long traditions of honor and integrity, with expectations of responsible actions that are such a part of the traditions of Texas Tech,” Nellis said.

The task force is expected to meet as early as next week and begin its review of university policies, procedures and education relating to Greek organizations.