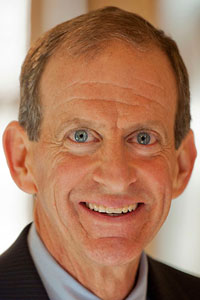 The Texas Bar Foundation has announced it will bestow the 2014 Outstanding Law Review Article Award to Brian Shannon, the Charles B. “Tex” Thornton Professor of Law at Texas Tech University School of Law, and Dr. Victor R. Scarano, a psychiatrist and attorney in Houston. The award presentation is on June 27 at the Bar Foundation’s annual dinner, which takes place during the State Bar of Texas annual meeting in Austin.

The Outstanding Law Review Article Award honors a law review article published by one of the Texas law schools during the preceding calendar year. The winning article,  “Incompetency to Be Executed: Continuing Ethical Challenges & Time for a Change in Texas,” was published by the Texas Tech Law Review in 2013. The Texas Tech Law Review’s board of editors had previously announced the article as its Outstanding Lead Article Award for 2013. In addition to recognizing co-authors Shannon and Scarano, the Bar Foundation will provide a $1,000 donation to the Texas Tech School of Law in Shannon’s honor.

The article focuses on a small, but unique, group of death-row inmates who have largely exhausted their post-conviction procedural rights and have had a date set for execution, but while awaiting execution have become incompetent to be executed because of serious mental illness. The United States Supreme Court has determined that it is unconstitutional to execute an individual who is mentally incompetent. The Court, however, has not ruled on whether it is constitutionally permissible for a state to order a death row inmate to be medicated forcibly to restore that inmate’s competency to allow an execution to proceed. The article discusses the serious ethical concerns related to this challenging scenario, and offers a possible state legislative solution that would avoid the thorny ethical and legal issues at stake in such cases.

“We are proud of Brian, not only for his service to Texas Tech University in his role as our NCAA Faculty Athletics Representative, but also for his excellent scholarship and outstanding teaching,” said M. Duane Nellis, president of Texas Tech University. “This award is great recognition of an article that not only identifies a shortcoming in current Texas law, but offers a possible solution.”

“Much of Brian’s scholarship has focused on trying to improve Texas law,” said Texas Tech Law School Dean Darby Dickerson. “Over the years, Brian has done a tremendous job of combining his legal research and writing efforts with his dedicated commitment to trying to better the lives of persons with mental disabilities. I am not aware of any other professor or legal scholar who has won this award on three separate occasions.”

Shannon also won the award in 2002 and 2008. Other past Texas Tech Law School faculty winners of this prestigious award include Professors Bryan Camp, Alison Myhra, and Larry Spain.

Shannon has been a popular classroom teacher at Texas Tech Law since 1988, and has won numerous teaching awards, including the 2013 Chancellor’s Council Distinguished Teaching Award. He also serves as Texas Tech’s Faculty Athletics Representative to the NCAA and Big 12 Conference. In that role, he has twice been elected as president of the national 1A Faculty Athletics Representatives (1A FAR) association. He also is a board appointee for StarCare Specialty Health System (formerly known as Lubbock Regional MHMR Center), where he has served for more than 20 years and is a past chair. Shannon is an elected member of the American Law Institute and was the 2008-09 president of the Lubbock Area Bar Association. He also is a past chair of the State Bar of Texas Disability Issues Committee, and Gov. Rick Perry appointed him to four terms on the Texas Governor’s Committee on People with Disabilities from 2003-11.