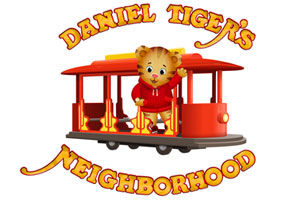 WHERE: Various rooms in the Media & Communication Building, 15th Street and Flint Avenue

EVENT:          Rachel Kalban, research director for Out of the Blue Enterprises, who produces “Daniel Tiger’s Neighborhood” on PBS, will give a brown-bag lecture, meet with Prof. Eric Rasmussen’s Daniel Tiger research group, and discuss children’s television research and production.

More than 45 years after Fred Rogers pioneered the field of children’s educational television with “Mister Rogers’ Neighborhood,” there have been countless hours of programming dedicated to children. Kalban will discuss how Out of the Blue created “Daniel Tiger’s Neighborhood,” a new animated program on PBS, to bring Rogers’ landmark social-emotional curriculum to a new generation of children.

Prior to her work with Out of the Blue, Kalban completed her master’s in Developmental Psychology at Teachers College, Columbia University and held several positions at Nickelodeon and Penguin Publishing Books for Young Readers after receiving her bachelor’s from Cornell University.