The idea for Cindy Sebek's company came as she works toward her MBA at Texas Tech. 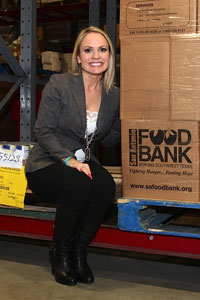 Sebek will graduate with her MBA in August 2014.

As Cindy Sebek sat in the pew, she shook her head at the startling statistics her pastor projected on the screen. Just horrible. People going hungry. She thought of third-world countries and how her church was launching an effort to help feed ‘those people.’

Wait, what? Cindy stared at the screen in disbelief as her pastor revealed that those hunger statistics were for San Antonio, her own city, not faceless people across the world. She could not fathom how so many of their own neighbors went to bed hungry each night. She agreed with him wholeheartedly when he said adamantly to the congregation, a second time, that these numbers were unacceptable. On her way out of the church that day in August of 2010, Cindy picked up as many empty food boxes as her arms could carry, intent on filling them with the listed items and vowing to make a difference.

She didn’t know then that in a matter of a few years, she would make a huge difference with the gift of an idea and a bottle of wine.

A native of Kerrville, Cindy earned her bachelor’s degree in human development and family studies in 2001 from Texas Tech’s College of Human Sciences. For the past 12 years she has been in medical sales and currently works for Sanofi Biosurgery.

In early 2012, Cindy’s brother Todd approached her with an admittedly crazy idea that they should pursue their MBA degrees. They applied to the Texas Tech Rawls College of Business executive MBA program for working professionals, and that’s where Cindy’s story continues. 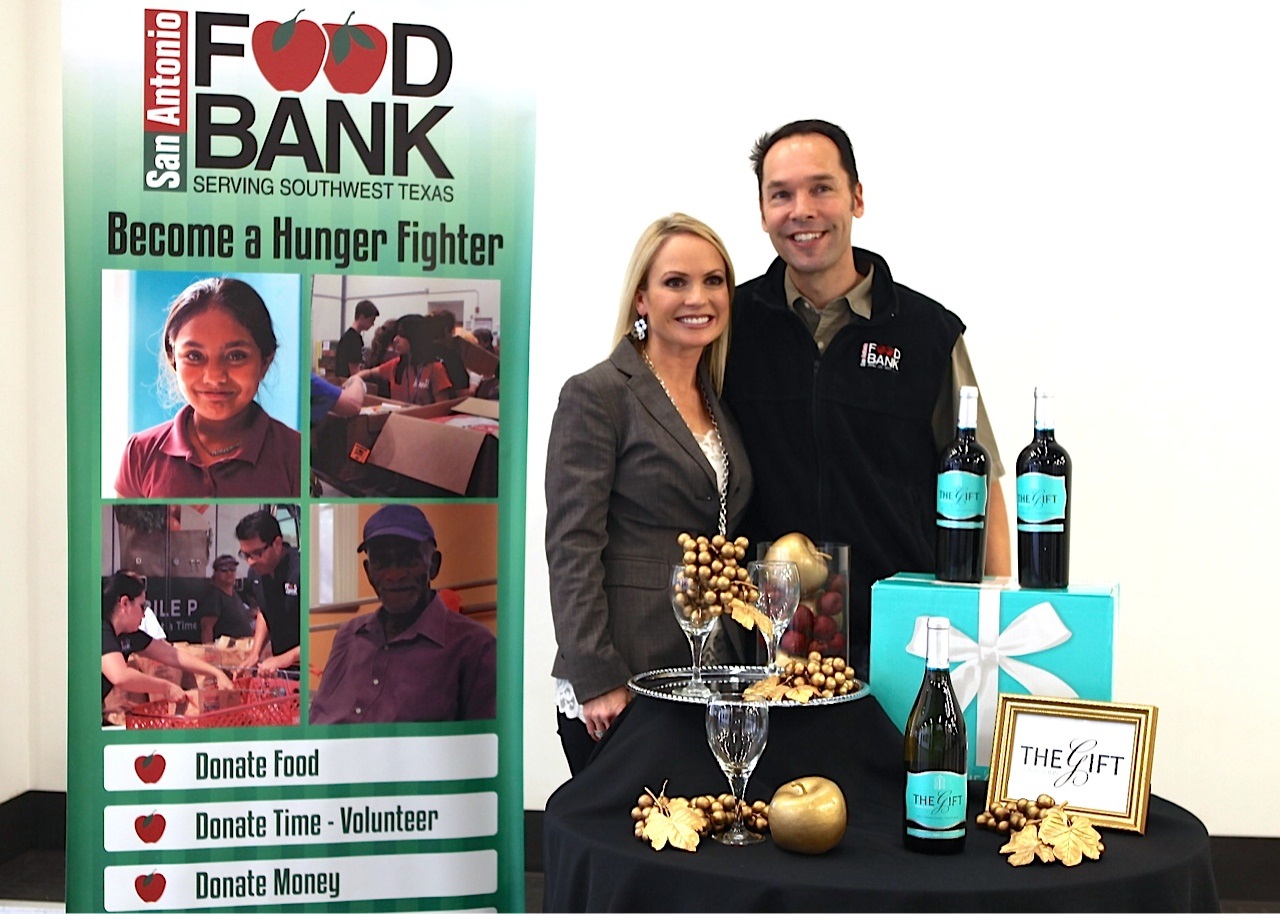 Her next revelation came in the fall that year in a social values class, a one-day workshop on good corporate citizenship taught by Keith Brigham, an associate professor of management in the Rawls College. One of Brigham’s foremost examples of a company that gives back through its business model is TOMS shoes. Cindy and Todd spent the six-hour drive back to San Antonio after that workshop chattering away about the ideas discussed in Brigham’s class.

“That whole six hours … my mind was just … I couldn’t stop thinking about what I’d just learned,” Cindy said. “I told Todd, ‘You know, TOMS is awesome, but how many pairs of shoes do you buy in a year? What if you did this with a consumable product?’ I knew water had been done; there had to be something no one had thought of.”

A couple months later, exactly Dec. 3, 2012, Cindy was on a girls’ trip to Chicago when the idea came to her.

“I woke up in the middle of the night with this idea,” Cindy said. “All of a sudden I wondered if we could fight hunger through a bottle of wine. As they woke up, I told my girlfriends, ‘what if a bottle of wine supplied a certain number of meals for people in your local community, would you buy it?’ The answer was a resounding ‘absolutely!’ And the name Gracious Gift came to me instantly.”

Brigham, along with Ron Mitchell, the Bagley Regents Chair in Management and a professor of entrepreneurship in the Rawls College, put together the one-day workshop on social values. 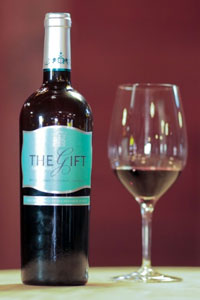 “We look at these new ventures that are for-profit companies, but they also have this important component where they are built to address some kind of social need or problem,” Brigham said. “It’s a rather new business model. Most people think social challenges should be addressed by government or non-profit entities. But there is a new group of for-profit companies becoming very successful with this model.”

Brigham said the students are asked to do an exercise in class where they come up with their own company and what kinds of products would work. Most students do the exercise and that’s the end of it.

“Cindy not only did the exercise, she took hold of the concept, and before I knew it, she’d started this whole thing,” Brigham said. “People and projects can be much more successful when you can combine something you’re passionate about with training you’ve had.”

The pieces fall into place

As soon as Cindy had the idea, she approached a friend who works for H-E-B, who passed the idea to its wine department. Within a week of her brainstorm, she was sitting across the table having dinner with a group from the supermarket chain.

“The head wine steward asked me if I’d trademarked the name,” Cindy said. “I said no, thinking to myself, ‘it’s only been a week!’, and he said ‘I’ll give you a month to do that. And if you don’t, I may steal it.’

“When he said that, even jokingly, my fire went from a little flame to a roaring blaze!”

She approached the San Antonio Food Bank to become the first recipient, and the partnership was born. She set up the company, filed the trademark and began design on the label. 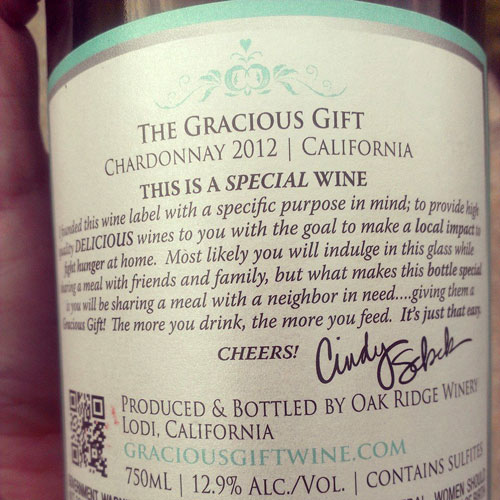 “The next step was to insure quality inside the bottle,” Cindy said. “My goal was to find a consistent, sustainable, high-quality and delicious wine to represent my mission. I had high, high – unrealistically high – standards of what I was looking for in a wine, only because I knew if H-E-B was going to jump on board, I had to bring them the highest-quality product.”

After much research and a trip to California, she found exactly what she was looking for in the town of Lodi. Oak Ridge Winery was perfectly aligned with what Cindy wanted to do. They never ever would have done something like this, Cindy said, except that their vision of what they wanted to accomplish as a corporation was all about doing good – the perfect association I was looking for.”

Cindy said everyone, though, from H-E-B to the distributor, to the winery, told her it would be at least two years before the project would be ready to launch.

“I told them that was unacceptable and that I would get Gracious Gift launched before the next Thanksgiving (2013), because it’s the season of giving, and it’s called Gracious Gift.”

Cindy traveled to Lodi in October to see her dream become a reality when 50,000 bottles of Chardonnay, Cabernet Sauvignon, and Old Vine Red were prepared and labeled.

Cindy’s desire is to keep the equation as local as possible for each of her food bank partners. For example, if wine is bought in San Antonio or the area, the meals go to the San Antonio food banks. If the wine is purchased in Corpus Christi, the meals go to the Food Bank of Corpus Christi, and so on. In San Antonio, each bottle purchased provides seven meals, but in the Rio Grande Valley, it’s five. In some locations it depends on the availability of food at the local food bank, for instance, in Austin each purchase equals 2.5 meals and in Houston it’s three. Currently Cindy has 12 food bank partners and is looking to expand statewide and even nationally. 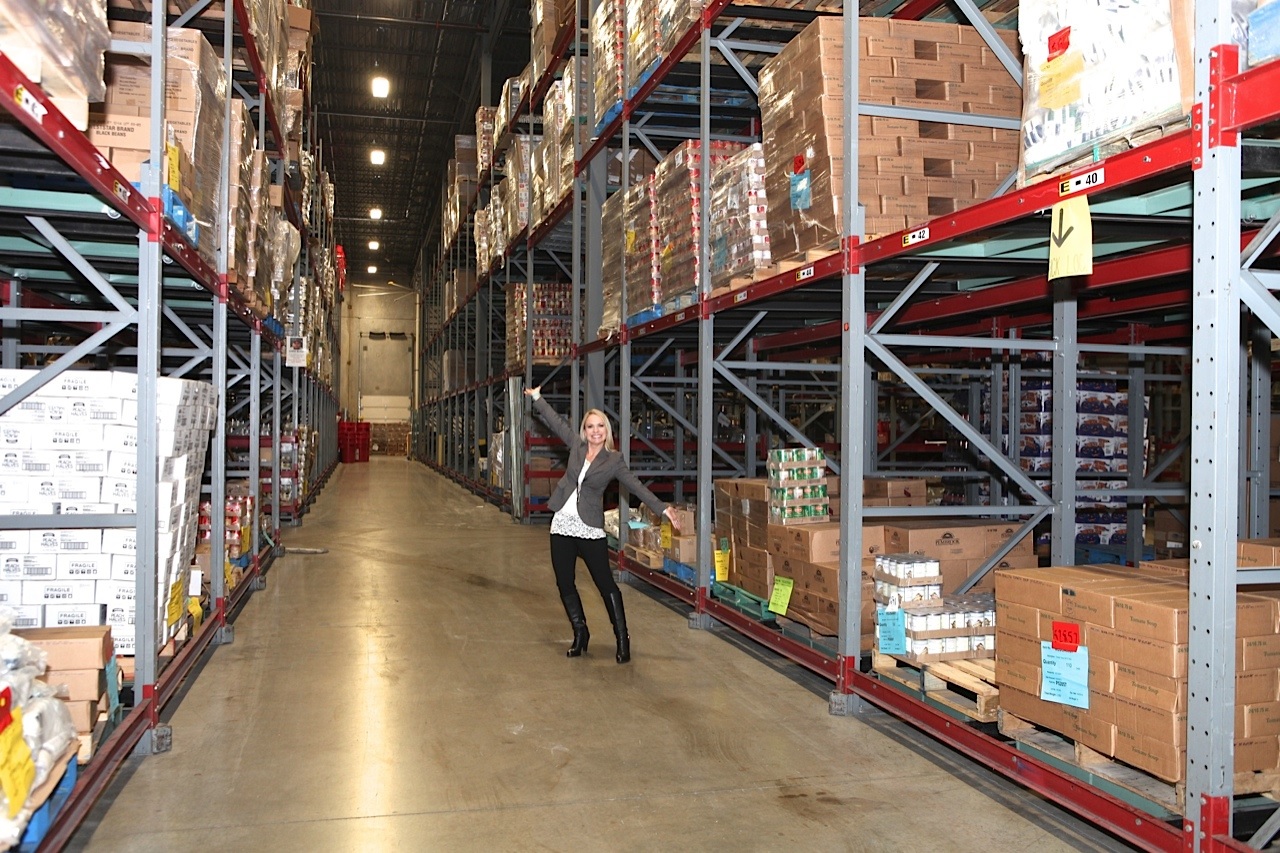 The wine is available in all H-E-B stores that have wine stewards and in most major areas in Texas, including San Antonio (and surrounding areas), Houston (and surrounding areas), Austin, Laredo, Midland, Bryan/College Station, Georgetown, Fredericksburg, Kerrville, Boerne, Granbury and Beaumont. The wine also can be purchased on heb.com. Orders made on the website will be shipped to customer’s H-E-B of choice.

Once Cindy gets her initial sales numbers from H-E-B, and how many meals that equates to, she sees The Gracious Gift spreading like wildfire. Conversations already are going on with food banks in other states.

“It takes two things for these to be successful,” Brigham said. “You have to have a very passionate entrepreneur and, the person has to be very genuine. They have to be doing this for the right reasons. And I think those both come across extremely well in Cindy."

But Cindy only takes part of the credit.

“Everything that has happened, from sitting in that hunger presentation more than three years ago, to me being at Texas Tech and in Keith’s class, to knowing someone at H-E-B, to finding the right winery – I could never arrange all that myself. When people say it can’t be done, there’s only so much we can do. And then comes God.”