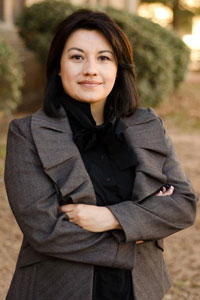 Jobi Martinez strives to teach Texas Tech University students that diversity is more than skin color or gender. Now as president of the Big 12 chapter of Chief Diversity Officers she has a chance to promote these ideas on a national level.

“Diversity comes in many forms, so as a singular student here on campus, they bring a wealth of diversity,” said Martinez, the director of Cross-Cultural Academic Advancement Center. “Without all of those independent diverse units we wouldn’t have a campus as a whole.”

The Big 12 chapter is part of the National Association of Diversity Officers in Higher Education (NADOHE), a professional organization serving as a preeminent voice for diversity officers in higher education.

The chapter originally formed in 2008 as a way for all Big 12 schools to join together and discuss joint programming and effective use of resources. It was formally inducted as part of the NADOHE this past year.

“Back when we formed, diversity in education was just starting to be looked at and addressed in small ways,” Martinez said. “Now we have chief diversity officers at every campus in our conference.”

Martinez served as president-elect for more than two years before officially becoming president this past spring. She was nominated by Juan Munoz, Texas Tech’s senior vice president for Institutional Diversity Equity, and Community Engagement, and she also credits the university, which is seen as a model conference-wide for building a strong diversity program.

“Texas Tech is in a unique place because we are leading many activities, resources and programs that could really benefit the Big 12 as a whole and also campuses across the nation,” Martinez said. “It’s demonstrated with the many awards we have won as a division and as a diversity program.”

While president, Martinez wants to better market the organization within the Big 12 and build strong diversity programming so the chapter can become a more cohesive unit.