Overall, university climbs four spots, and also is recognized for its diversity. 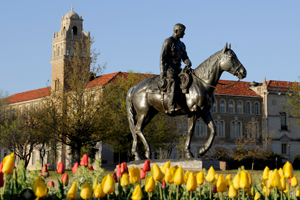 “With nearly 5,000 universities and colleges in the nation, we are excited about Texas Tech’s listing as No. 161 in the recent U.S. News and World Report rankings,” said TTU System Chancellor Kent Hance. “Our progress in this list of top universities is a direct reflection of the significant milestones achieved at Texas Tech, and we look forward to our continued improvement in these standings as the university excels.”

Texas Tech was listed among “A+ Schools for B Students,” schools with a high campus ethnic diversity and among national universities whose students have the least debt at graduation.

“U.S. News & World Report is among the most recognized publications assessing the state of higher education,” said M. Duane Nellis, Texas Tech University President. “Texas Tech’s achievements in the 2014 rankings reflect our continued commitment to academic excellence. As we begin the academic year, we are thrilled to learn of Texas Tech’s continued improvement in our ranking. The fact that we continue to rise in the rankings and maintain low student debt upon graduation is evidence of Texas Tech’s commitment to student success.”

Texas Tech’s graduate school placed in the top 100 for the following programs, with rankings listed in parenthesis:

The USNWR rankings are released annually and rely on data provided by universities to produce college rankings on a variety of factors reflecting academic quality. A full methodology of the rankings can be found on the USNWR website.