The quiz bowl is held during Hispanic Heritage Month which runs from Sept. 15 - Oct. 15. 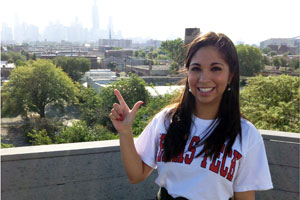 The Hispanic College Quiz Bowl is endorsed by the Hispanic Association of Colleges and Universities, which represents more than 400 colleges and universities across the world to contribute success in higher education to different Latino and Hispanic cultures.

The quiz bowl is held during Hispanic Heritage Month which runs from Sept. 15 - Oct. 15. It features college students from 12 different universities to answer questions on Latino history. The series consist of four half-hour quizzes, two head-to-head rounds, a speed round and a board challenge round. Participants will be competing for scholarships up to $3,000. 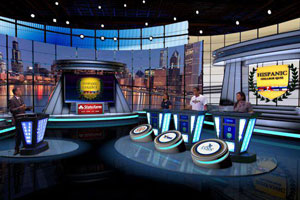 “I learned different aspects about my culture which really expanded my view that I would not have been able to fully appreciate without this opportunity,” Barrera said. “I would love to participate again in an event like this because of the students I met from all over the country who made this an enjoyable experience.”

“As Angela’s coach, I wanted to play on her strengths and create a study method similar to the method used for the Hispanic/Black Knowledge bowl,” Sherfield said. “Since our schedules didn’t allow us to meet often, I created simulations of the game that she could quiz herself.”

The quiz bowl is being shown locally on My Lubbock TV.  Check local listings for dates and times.